General Elections 2019: Stock tips! This is how you should place your bets on Dalal Street

General Elections 2019: It is of utmost importance that you decide your bets cautiously and wisely, as many experts believe the poll will lead to choppy movement on Dalal Street. 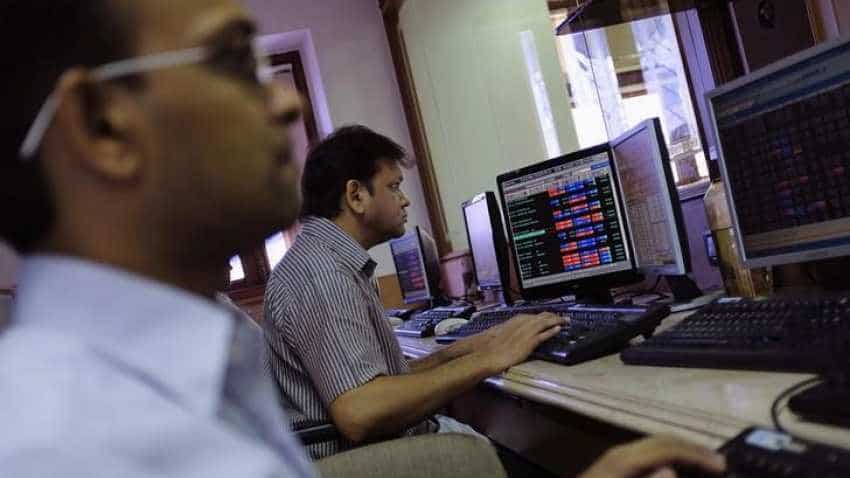 Both Sensex and Nifty have risen over 2,000 points to 600 points respectively in just 14 days of this month. Photo: Reuters
Written By: ZeeBiz WebTeam
RELATED NEWS

The month of March, which is also ends the financial year, has turned out to be quite fruitful for Indian markets. Both Sensex and Nifty have risen over 2,000 points to 600 points respectively in just 14 days of this month. On Thursday, Sensex finished at 37,754.89, mostly muted compared to previous day, after touching an intraday high of 37,907.78. Similarly Nifty 50 ended at 11,343.25, up by 1.55 points or 0.14%, after witnessing intraday high of 11,383.45 points.  Investors have been very optimistic on Indian equities, however, the next big thing that will impact markets are the General Elections 2019, which is going to begin from mid-April. However, before doing anything, you should know that it is of utmost importance that you decide your bets cautiously and wisely, as many experts believe the poll will lead to choppy movement on Dalal Street. Helping you make some sensible decisions is Deepak Jasani, Head Retail Research, HDFC Securities, who explains the market movement during the elections gone by.

General elections: How your markets moved in the past

2004 elections: Nifty made a bottom in April 2003 and rose nonstop till Jan 2004. Post that the Nifty went sideways for 4 months and later fell in May 2004 as the NDA Govt got voted out of power. Hence there was little buildup post announcement of election and even during elections. Markets made a bottom in May 2004 post elections and later inched upwards to rise 40.7% till end of May 2005 from end of May 2004.

General elections 2019: How your markets may move

Jasani highlights that, between end of Nov and end of Feb the Nifty has closed flat on a monthly basis. In that respect we are similar to 2004 scenario (even then NDA was in power). However NDA lost the election in 2004 and Nifty fell sharply in May 2004, but rose thereafter. The difference is that in 2004, the sideways trend was during the election phase while in 2019, the sideways phase is before the election dates were announced.

Therefore, Jasani explains, “Volatility will keep rising as election dates come closer. The rise or fall in the markets will be dictated by expectations or lack thereof of a stable Govt coming into power post elections apart from other global factors impacting their direction."

In all elections, there is a severe reaction to the outcome of elections but later from the low levels, there is a decent recovery over the next year, Jasani explained.

General elections 2019: What should an investor do?

Jasani says that investors have a choice as to whether they should wait till the election results are digested and then invest to be more sure of making money or invest ahead of the results (in which case they may have to face a fall during the election phase or after the elections).

Traders who are nimble footed can do both – i.e. trade ahead of results and invest later.

Reaction of FIIs would be crucial as is evident from the way the frontline and mid/smallcap indices have behaved since Feb 22, 2019, when FIIs changed their stance on India in terms of flows from neutral to positive.

In all instances, Bank and Capital Goods indices have done well between the announcement date and results date. PSU and Realty indices come the next.