Ahead of election result 2019 announcement, the week turned out to be quite fruitful for the Indian rupee. 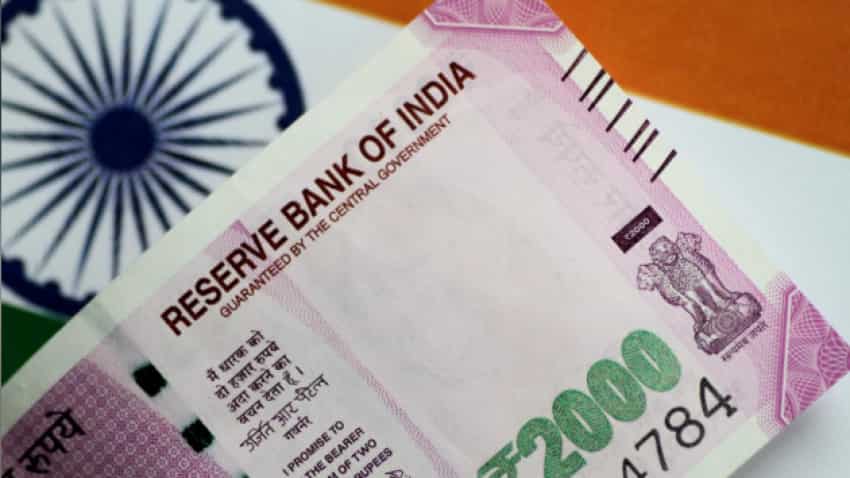 Following domestic equities trend, the Indian rupee on Wednesday finished slightly higher by 6 paise at 69.66 against US dollar benchmark index at interbank forex market. This week’s rupee performance can be attributed to a host of factors such as rally in Dalal Street, US currency weakening against other global currencies due to US - China trade deal, easing in crude oil prices and most importantly the Lok Sabha Elections whose result will be announced on Thursday, 23rd May. Ahead of election result announcement, the week has turned out quite fruitful for Indian rupee, as the currency has strengthened from 70.291-levels last week and to 69.62 today. It needs to be noted that, elections do set a course for Indian rupee.

Past data has revealed that, the domestic currency has reacted more appreciatively in the week ahead and up to elections. Prakash Sakpal Economist, Asia at ING has highlighted rupee’s performance in past elections.

1999 result: NDA swept back to power after being ousted with no confidence vote leading to fresh elections. 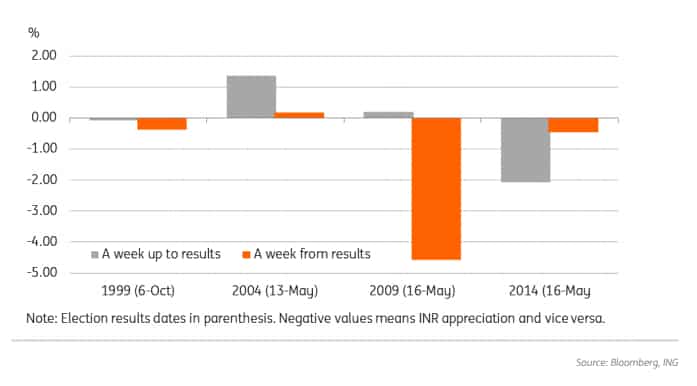 Point to note, negative values in INR means appreciation in the currency and vice versa.

Banerjee added, “Exit polls are forecasting a saffron surge across the length and breadth of India. A strong and constructive leadership is always desirable. After decades of coalition government, India had once again tasted the benefits of a single party majority. It would be a positive development if the trend continues and even better, if it strengthens further. Nation requires the developments of NaMo government to be carried forward and more bold reforms are needed in areas of land, labour, capital, ecology etc.”

“USDINR structure is still bearish with lower highs and lower lows marking the descent within a downward sloping channel. For the past two months, trend has become very choppy. Broader range is between 69.30/40 and 70.00/70.15 levels on spot,” said Banerjee.

Hence, if exit polls are right you can expect rupee to perform better.