ICICI Bank today said it expects the economy to grow at 7.4 per cent in next fiscal year 2019-2020, supported by ongoing recovery in investment growth. 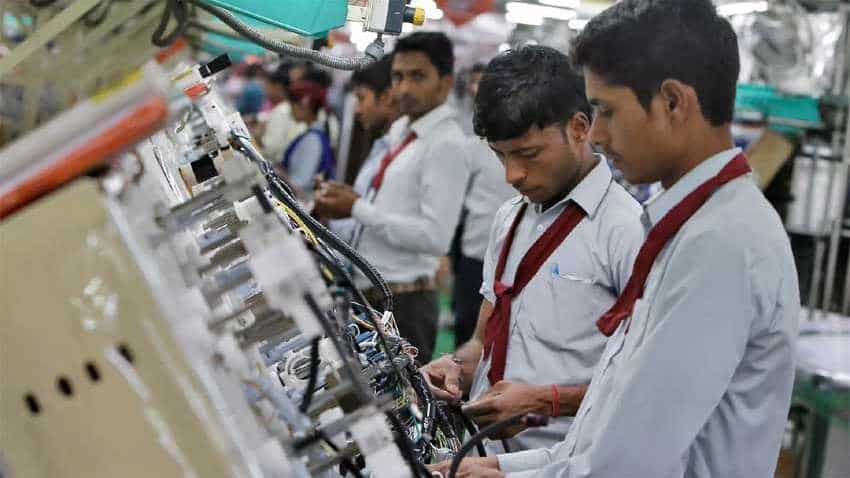 ICICI Bank today said it expects the economy to grow at 7.4 per cent in next fiscal year 2019-2020, supported by ongoing recovery in investment growth. In a report, the bank also said the rupee may strengthen towards 69 by March 2019, and trade around 69-72 against the dollar in the next fiscal year.

"The consumer price inflation (CPI) is expected to hover around 4 percent in first half of next fiscal. The Monetary Policy Committee (MPC) is expected to change its stance to “neutral” from “calibrated tightening” in February 2019, while probability of rate cut is seen increasing going forward," it said.

Below are the excerpts of the report:

Growth: We expect Indian growth to recover marginally in FY2020 to ~7.4% YoY from ~7.2% YoY in FY2019. Consumption demand will see some slowdown but support will be provided by some ongoing recovery in investment growth. Some pick up in credit growth once banking sector health improves further will also provide support.

Inflation: Has been remarkably benign so far coming in at the 2% handle primarily on very low food prices even though underlying price pressures (core inflation) remain high. We expect CPI to continue to average ~4% for H1 FY2020 but then pick up sharply in H2 FY2020. Risks from a possible reversal in food prices and fiscal slippages remain.

Monetary policy: Given the sustained period of continued low inflation we expect the Monetary Policy Committee to change the stance to “neutral” from “calibrated tightening” in February and the probability of a rate cut is also rising. However, the trajectory for H2 FY2020 should be kept in mind and we should remain cognizant of the fact that food price pressures or fiscal pressures could resurface at any time and hence we believe that the MPC should remain on a long pause.

Fiscal deficit: We expect the FD to breach by ~0.2-0.3% of GDP at the Centre level and state as well to have a consolidated deficit of ~6.4-6.5% of GDP. However, we do not expect extra deficit to be financed through market borrowings. Other means of financing and some expenditure shifting or reduction would be resorted to. Fears of sweeping nationwide farm loan waivers are growing but these are usually implemented on a staggered basis.

Rates: System liquidity is tight and RBI’s assurance of continued Open Market Operations which has been recently stepped up will be supportive. The change in policy rate stance along with low CPI and lower oil prices are all supportive of bonds. Substantial OMOs will ensure system liquidity deficit turns surplus by Q1 FY2020. We expect benchmark yields to trade up to 7.0-7.20% range in the medium term provided oil prices stay benign. Fiscal risks would keep markets cautious till interim budget.

Rupee: We expect the Rupee to strengthen towards 69 by March 2019. Over FY2020 we expect it to trade ~69-72 against the dollar. Capital flows would have to be watched especially on the Foreign Portfolio Investor as policy uncertainties and related volatility will continue even in 2019. However, much improved external funding metrics and a pullback in the dollar rally should be supportive. We expect the RBI to step in to stem in sharp appreciation pressures in the currency in the event of a strong improvement in risk sentiment.