Ganesh Chaturthi festival that marks the birth of Lord Ganesha is celebrated across the country, but in Mumbai, it has special significance. 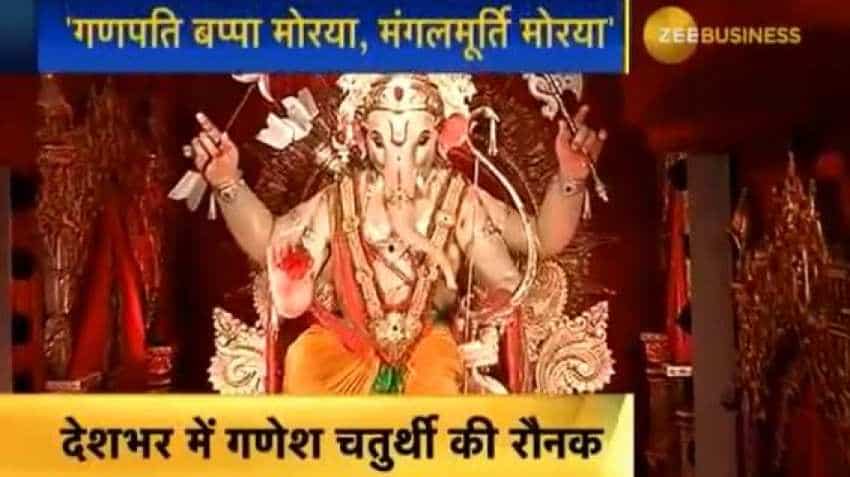 Ganesh Chaturthi festival that marks the birth of Lord Ganesha is celebrated across the country, but in Mumbai, it has special significance. Not only is the festival celebrated with great pomp and splendour, it also is an occasion where some awe-inspiring idols of the deity are seen. Among them is the world famous Ganapati idol at Lalbaugh. The Zee Business team in Mumbai visited the places in India's corporate capital to cover the enthusiasm of devotees. In Ganesh Gali, which is located in the next lane to Lalbaugh, the celebration legacy goes back to 1902. This year's theme of Ganesh pandal here is based on Ram temple in Ayodhya, and Ganpati is also shown as an incarnation of Lord Rama.

According to the report, Lord Ganpati at Ganesh Gali has a 5.5 kg gold necklace and his feet are also adorned with 1.5 kg gold ornaments. As a security measure, the organisers have also taken an insurance cover of Rs 7.5 crore which is one crore more than the last year when it was of Rs 6.5 crore. The insurance cover has reportedly taken into consideration safety measures, terrorist acts or any other untoward incident.

Earlier today, Prime Minister Narendra Modi greeted the nation on Ganesh Chaturthi, a festival that celebrates the birth of Lord Ganesha. He took to Twitter and said: "Ganpati Bappa Morya! Wishing everyone a blessed Ganesh Chaturthi."

Union Homes Minister Amit Shah posted a quote in Sanskrit and a photo of Lord Ganesha on the micro-blogging site. The Minister and his wife Sonal Shah offered prayers at Siddhi Vinayak Temple on the occasion of Ganesh Chaturthi, at Dadar in Mumbai today.

Meanwhile, the festival of Ganesh Chaturthi is being celebrated with religious fervour across Tamil Nadu also with prayers being offered to colourful idols of the Ganapati.

People also thronged to Ganesha temples, where special prayers were conducted on the occasion. Some 75 kg of kozhakattai (rice flour and jaggery dumplings) were offered to Lord Ganesha at the famed Ucchi Pillayar Koil Temple in Trichy, an IANS report revealed.