As per the directive issued by the Maharashtra government, the people have been advised to celebrate the festival of Ganesh Chaturthi at home. 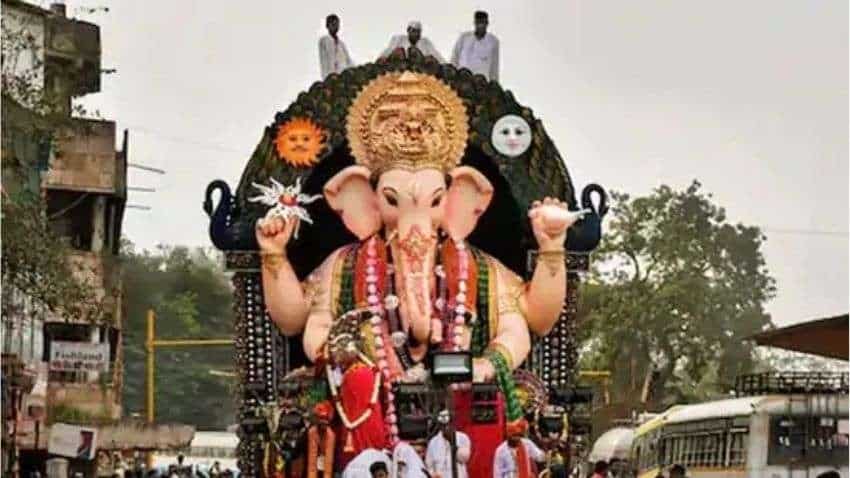 According to a report by news agency ANI reported that as per the directive issued by the Maharashtra government, the people have been advised to celebrate the festival at home.

ANI has also tweeted about this from its official Twitter handle. The tweet said, "Maharashtra Government prohibits public from visiting Ganesh mandals on Ganesh Chaturthi, asks mandal organisers to make darshan available online or through other electronic means."

ANI also reported that a statement released by the Maharashtra Home Ministry said, "It is prohibited to visit the idol of Lord Ganesha or visit the mandap and the darshan should be made available online or through electronic means."

Incidentally, earlier, it had said in a circular that social distancing should be followed strictly inside the pandals during the Ganesh festival, however, the new circular said that (people) are prohibited from visiting any Ganesh pandal, as per a PTI report.

According to the PTI report, an official said the organisers should instead provide the facility of online `darshan' or telecast for the benefit of devotees and the decision has been taken to discourage people from venturing out and exposing themselves to the viral infection.

Pednekar further said, "Being the Mumbai Mayor, I am going to follow  'Mera Ghar, Mera Bappa'. I will not go anywhere and nor will I bring anyone near my lord. This is important to curb the third wave in the state."