Farmer producer organisation (FPO) KPFPCL has become a game changer in at least 23 villages in this arid district, as agrarian distress has come down after farmers' income grew by directly selling their produce through KPFPCL, according to growers. 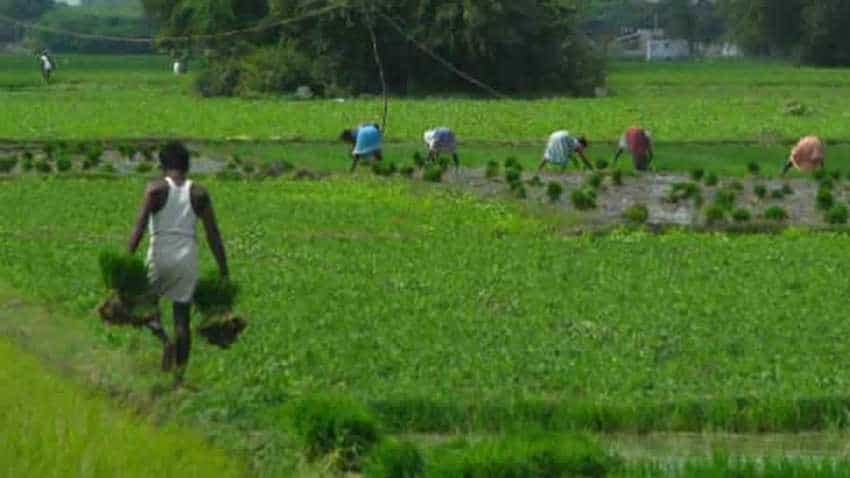 Farmer producer organisation (FPO) KPFPCL has become a game changer in at least 23 villages in this arid district, as agrarian distress has come down. Representational Image: PTI

Farmer producer organisation (FPO) KPFPCL has become a game changer in at least 23 villages in this arid district, as agrarian distress has come down after farmers' income grew by directly selling their produce through KPFPCL, according to growers.

The farmers are not only getting better price for their produce through Kamareddy Progressive Farmers Producer Company Ltd (KPFPCL), they are also able to source quality farm inputs at lower rate and even agri machineries such as combine harvesters on rentals, thus saving labour and harvesting time.

That apart, farmers are able to take more than two crops a year after converting their waste land into fertile, recharging ground water, sapling of plants, and building nutrition gardens by participating in a 'Village Association' (VA) promoted by Reliance Foundation (RF) under its rural transformation initiative 'Bharat-India-Jodo' (BIJ) in 140 villages in the district.

"I have 1.5 acre of land, out of which, one acre was waste land. With the support of VA, I was able to develop land using soil water conservation activities such as trench-cum-bunding, creating of farm pond and pond silt application. Because of these efforts, I am able to grow two crops a year," said farmer Amrutha Mohan Rao from Lingampally village.

Not only the production has gone up but farmers have also been able to fetch better price for their produce by selling directly through KPFPCL without the interference of middlemen, thereby saving transportation and labour cost of up to Rs 120 per quintal, he said.

"I have been able to reduce overall cost of production and increase the profit by taking various services like sprinkler units, fertiliser and seeds from KPFPCL," he added.

Not only Rao, many other farmers are also benefiting from RF's intervention and the establishment of KPFPCL.

For instance, a woman farmer Kadham Laxmibai, who has seven acre of agricultural land, said: "I have turned two acre of barren land into productive by clearing rocks and bushes. I also created a farm pond which has helped me grow two crops a year along with a fodder crop with water from farm pond."

Laxmibai said she was able to learn about developing farmyard manure and tank silting techniques by attending various training organised by RF.

"Since my husband is physically handicapped, I benefitted a lot from KPFPCL that gave door services. I did not have to travel to the market to get the farm inputs and sell the produce. I saved time, energy as well as labour and transportation charges," she said, adding that she is taking benefit from renting combine harvester.

As a result, the woman farmer has been able to clear her debt of Rs 1 lakh and got her daughters married and ensured son gets graduated from a college.

The public and private interventions in the district have changed the farmers' situation, especially in 23 villages where farmers are empowered to work collectively to address their village problems, said

Nagendraiah, joint director in agriculture department in the collectorate.

According to Ashutosh Despande, who heads the market linkages function at RF, said: "We are helping farmers to independently manage the producer company. We are neither funding nor taking any profit from it."

RF is mentoring farmers to operate about 22 FPOs in 12 states so far. It will continue to support KPFPCL for another two years, he said.

Aiming to rope in more farmers in the producer company, KPFPCL Chairman Chandar Rao said: "We will increase the shareholders (farmers) from the current 2,213 to 10,000 by 2025 and achieve a turnover of Rs 50 crore a year."

The turnover of the producer company, set up in 2010, has seen a steady increase in the past five years. A transaction of farm and non-farm produce worth Rs 25.3 crore has been achieved so far in fiscal 2018-19, benefiting 19,200 families, he said.

Not only these 23 villages, but farmers from 20 more villages in the district are also taking benefit of the producer company, he added.

With regard to VAs, RF's Programme Integrator for Southern Region Rama Krishna said: "We are supporting each VAs by mentoring as well as with a fund support of Rs 30-60 lakh. We are supporting 21 VAs so far and they have become independent to run on their own."

VAs are set up at a village level under the BIJ programme to empower the farming households to find solutions to the development issues in their respective villages through a collective wisdom. VAs have also created a village development fund and farmers have contributed Rs 1.65 crore so far, he added.

Krishna said the work is still going on and RF believes that the change in these villages would bring hope for farmers in neighbouring areas who can also become transformative collective force and change the destiny of their villages.

Currently, there are about 22 mandals and 473 villages in Kamareddy district.