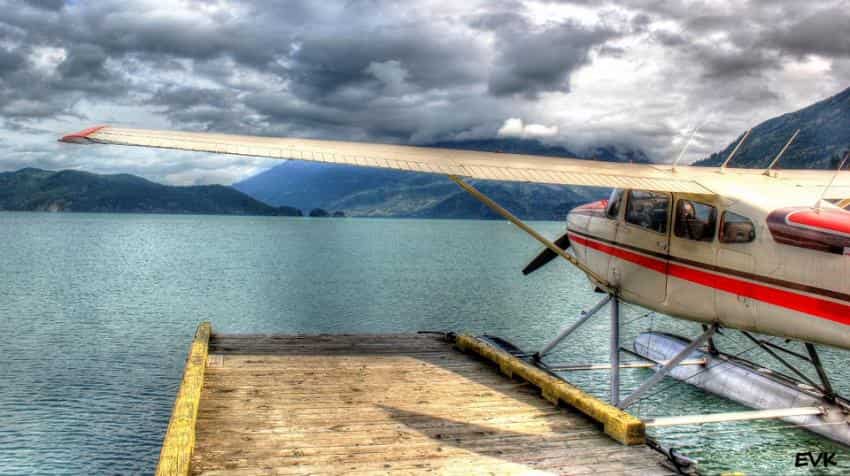 Union Transport Minister Nitin Gadkari has asked Civil Aviation Minister Ashok Gajapati Raju to explore a regulatory regime for single-engine seaplanes with a view to facilitating introduction of such planes in the country, an official said.

"The minister has requested the civil aviation minister to explore a regulatory regime for single engine seaplanes, keeping in mind all safety aspects," an official said.

The development comes against the backdrop of Gadkari along with Raju riding the trial run of seaplanes by budget carrier SpiceJet at the Girgaum Chowpatty off the Mumbai coast on December 9.

Prime Minister Narendra Modi on December 12 also flew in a seaplane from the Sabarmati River to Dharoi Dam in Mehsana district on the last day of campaigning for the Gujarat Assembly elections.

As of now the regulatory regime in India allows twin- engine seaplanes to be used for scheduled commercial operations.

The official said globally there is a move towards allowing single-engine seaplanes to be used for scheduled commercial operations.

The official said commercial operations of seaplanes will require a regulatory regime, aircraft and infrastructure in the form of waterdrome.

The shipping ministry is looking at developing infrastructure which would meet the regulatory requirements on the water including platforms, jetties and navigational aids.

Hours after the prime minister travelled in India's first sea-plane, Gadkari said this mode would revolutionise the transport sector of the country.

Gadkari, who holds multiple portfolios of road, transport, highways, shipping, water resources and Ganga rejuvenation, had also said his ministry and the civil aviation ministry will frame rules for such form of transport on the lines of regulations in Canada, the US and Japan.