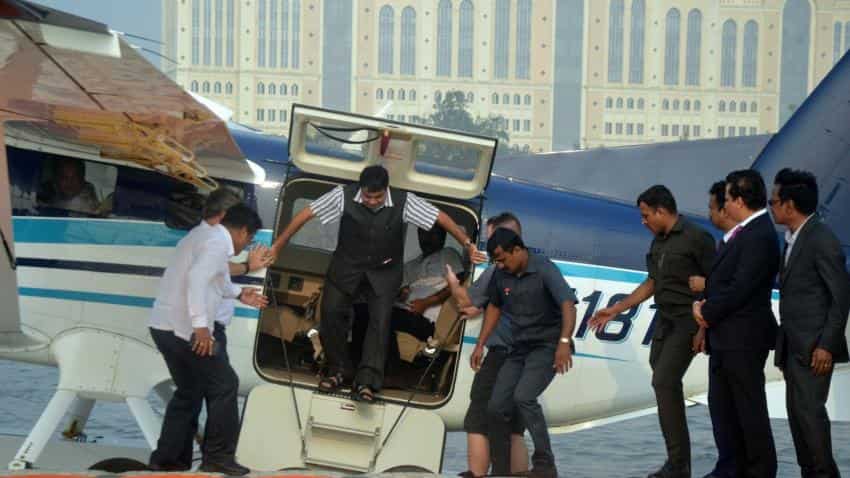 Assuring support, Gadkari said, "What I will request you (Setouchi) is that you need to start to Make in India... We will ensure that the land is available to you near the air strip (and) you can manufacture your (sea) planes in Nagpur".

He was speaking at the second phase of the seaplane trials at the Girgaum Chowpatty off the city coast yesterday.

The trial flight, conducted by SpiceJet, was carried out with Setouchi's 10-seater Kodiak Quest 1000 seaplane.

He said that there is a lot of potential for seapalnes in the country and domestic production could bring down manufacturing costs.

He added that norms for seaplanes are expected to be finalised in three months in consultation with the civil aviation ministry.

The US, Canada and Japan already have rules for operation of seaplanes.

SpiceJet and Setouchi Holdings have been working closely for the last eigth months to explore opportunities for small 10 and 14-seater amphibious planes to provide air connectivity to smaller towns and cities that remain unconnected due to infrastructural challenges.

It had inked an initial pact with the Japanese firm in October regarding the purchase of an amphibian aircraft with a capacity of upto 14 seats.

The Quest Aircraft Company LLC ? part of Japan?s diversified Tsuneishi Group ? is a manufacturer of these amphibian planes. The company is owned by Setouchi Holdings, part of the Tsuneishi Group.

Quest Aircraft also manufactures Kodiak 100 planes that can carry up to eight passengers, depending on the configuration.

It can take off and land on a short runway, as long as 300 meters, as well as handle uneven terrain and mountainous areas.