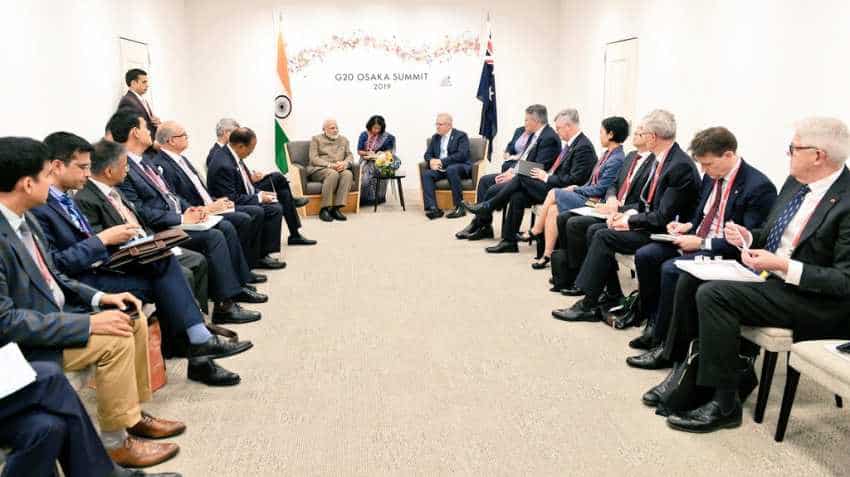 Prime Minister Narendra Modi, who was in Osaka, Japan for the two-day G20 Summit, held separate bilateral meetings with leaders of Indonesia, Brazil, Turkey, Australia, Singapore and Chile on Saturday, and discussed a host of key issues. On the last day of the summit, Modi also held his first official engagement with Indonesian President Joko Widodo. Key Highlights of the day were:

1. PM Modi and President Joko Widodo discussed ways to deepen bilateral cooperation in trade and investment, defence and maritime fronts, and the same was tweeted by the Prime Minister's Office (PMO) as, "Beginning Day 2 of the #G20 Summit by meeting a valued friend. PM @narendramodi holds talks with President @jokowi on ways to deepen India-Indonesia cooperation." the Prime Minister's Office (PMO) tweeted.

6. The PMO tweet said, "The interactions in Osaka continue. A productive meeting with President @RTErdogan on the sidelines of the #G20 Summit. Both leaders talked about the strong development partnership between India and Turkey."

More than 20 engagements in three days!

8. Modi replied to his tweet by saying he was "stoked" about the energy of the India-Australia relations. The PM then had pull-aside meetings with his Singaporean counterpart Lee Hsien Loong and Chilean President Sebastian Pinera and exchanged views on strengthening bilateral relations.