Jhunjhunwala has some 3.69% stake in VIP Industries with 5,215,000 equity shares. He is among the largest shareholders of VIP. 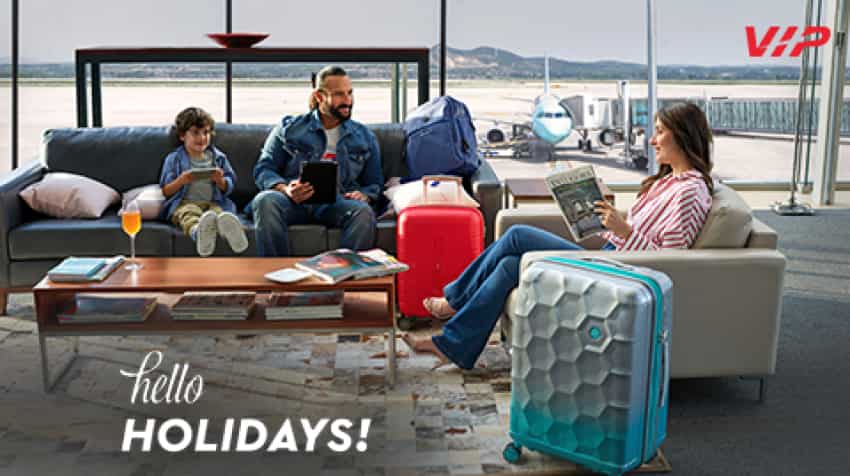 Following the market sentiments, the share price of the largest luggage maker VIP Industries also felt the heat of selling pressure. The share price of VIP ended at Rs 488.55 per piece down by 1% on Sensex, however, it did drop to intraday low of Rs 485.20 per piece. With this, even Rakesh Jhunjhunwala’s portfolio took beating at a certain level, as he has been holding major shares of VIP since December 2015. Interestingly, Jhunjhunwala’s faith in VIP is such that, he did not make either selling or buying since June 2016. And make no mistake, VIP which is the luggage maker of high-quality brands like Caprese, Skybags, Aristocrat, Alfa and VIP Bags, did not disappoint Jhunjhunwala in his stock journey. In fact, VIP was among those top performers, when a majority of his stocks were burning due to bearish sentiments on benchmark indices Sensex and Nifty from mid September 2018.

In one year’s time, VIP Industries has risen by a whopping 57%. On Wednesday, before tumbling, VIP did record an intraday high of Rs 498. On the same day last year, the VIP’s market price was near Rs 317. Hence, the stock has doubled. But guess what! VIP also touched an all-time high of Rs 645.05 per piece in August 2018, rising by a breathtakingly over 105% from its all-time low of Rs 314.10 per piece which was witnessed in April 2018. That time, we can say Jhunjhunwala was definitely making more money. This also means that VIP has a lot of potential in making investors rich ahead as well, in fact, analysts at Edelweiss Securities have given their buy rating on the company.

Here’s how VIP Industries is among the best bet for FY20, as per Edelweiss.

Management envisages favourable industry dynamics to support robust volume growth across brands and channels: 1) GST implementation has led to a shift in market share to branded players, especially in the entry segment. 2) The backpack category has been gaining momentum given a shorter replacement cycle (two years), leading to 30%-plus growth for VIP. 3) Luggage sales in the hypermarket format have been growing 20–25%.

Furthermore, with additional levers such as institutional and export orders, management expects sales to take off 20–30% per year.

VIP believes it is favourably placed vis-à-vis peers in the wake of capacity scale-up in Bangladesh from 0.17mn/month in November 2018 to 0.3mn/month in April 2019 given overall sales volume of 1mn/month.

The company’s plan to increase the proportion of India-and-Bangladesh manufacturing in the overall supply mix should lever up margins. Furthermore, it recently raised prices, which were held back due to intense competition in the entry segment. Hence, management expects EBITDA margin to rebound to 11–12% in a quarter and to about 15% in a year or so.

Where is VIP headed?

Shradha Sheth and Shanmuganandam T analysts at Edelweiss Securities said, “We believe VIP is lodged in a strong position to cash in on industry tailwinds with sharpening focus on scaling up. With significant growth and margin expansion levers in place, we estimate CAGRs of 20% in sales and 25% in PAT over FY19–21. Maintain ‘BUY’ with a target price of INR566. At CMP, the stock trades at 36.4FY20E.”

If we compare current market price, then VIP is set to rise by another over 16% ahead.

Coming back to Jhunjhunwala, he has some 3.69% stake in VIP Industries with 5,215,000 equity shares. He is among the largest shareholders of VIP.