Bollywood star and acting powerhouse Irrfan Khan's Angrezi Medium has become the latest victim of piracy act of Tamilrockers as the full HD movie has been leaked online. 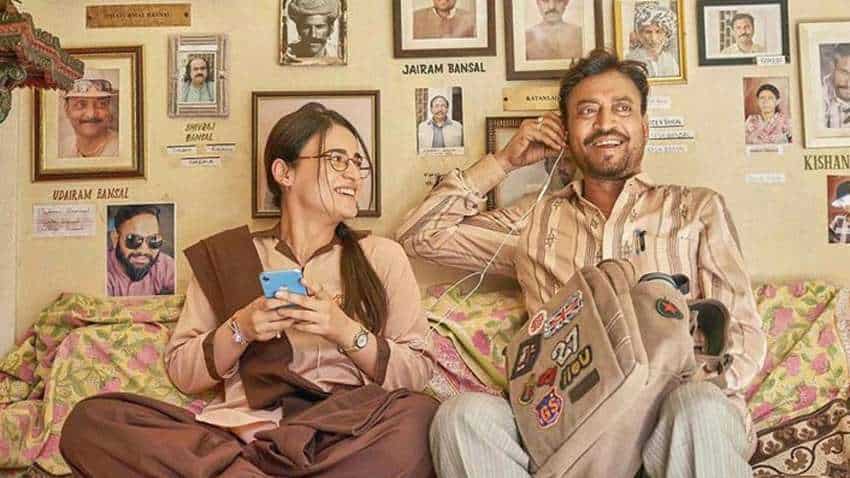 Irrfan Khan's "Angrezi Medium" had minted only Rs 4.03 crore on its opening day amid the coronavirus pandemic. The collections suffered due to the shutdown of cinema halls in several regions, including Delhi, Bihar, Madhya Pradesh, Karnataka, Kerala, Jammu and several cities of Maharashtra.

Meanwhile, the makers of the film announced that the movie will be re-released in India once the situation improved and theatres reopened. Directed by Homi Adajania, "Angrezi Medium" revolves around a father-daughter relationship, played out by Irrfan and Radhika Madan. It also features Deepak Dobriyal, Ranvir Shorey, Dimple Kapadia and Kareena Kapoor Khan.

Also, megastar Amitabh Bachchan had penned a hand-written note to Radhika Madan after watching her performance in "Angrezi Medium". The actress says she is overwhelmed and honoured.

Radhika took to Instagram, where she shared the note which read: "I write to you with the greatest of admiration for your work in 'Angrezi Medium'. I saw the film yesterday and just could not resist writing to you. What a mature and balanced performance you have given. Prosperity and success to you."

The actress was over-the-moon on getting the note from the thespian. She said it left her speechless and felt overwhelmed.