Roha station has 15 KWp solar power panel generating around 65-80 KWh power daily. Earlier the electrical load of Roha station was 21 KW while the present load is only 11.81 KW, achieving 80% energy saving with solar power. The yearly saving in terms of money value will be Rs.3.54 lakh. 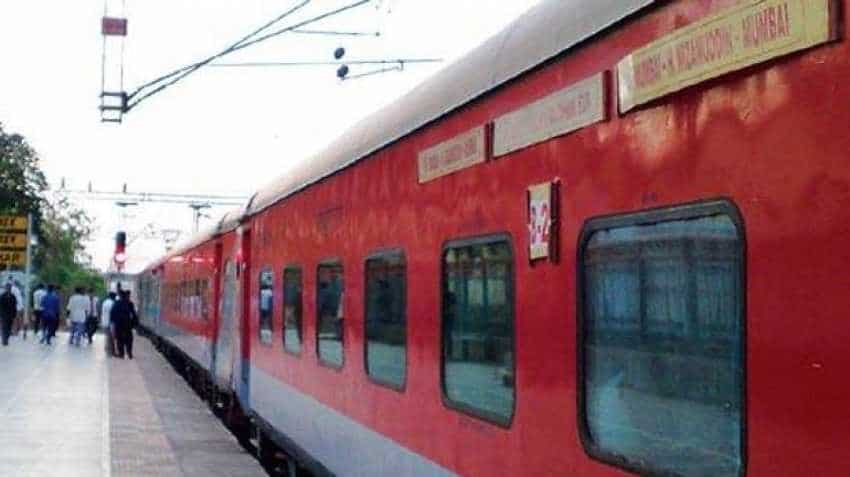 Ahead of the Lok Sabha and state Assembly elections, the Narendra Modi government has offered a bagful of New Year bonanza for the eight million Mumbai commuters and other people of Maharashtra. They include Chhatrapati Shivaji Maharaj Terminus-Hazrat Nizamuddin Rajdhani Express, MEMU services on Diva-Panvel-Roha section and Extended Pune-Karjat-Pune Passenger Train. Check the details of the new projects below:

1. Train No. 22221 CSMT – Hazarat Nizamuddin Rajdhani Express (Bi-weekly): It will reduce the journey time by 5 hours as compared to other Mail/Express trains running on this route. This will be the fastest train for the passengers of Maharashtra and Madhya Pradesh to Delhi/Mumbai via Itarsi route. The train will stop at Kalyan, Nasik Road, Jalgaon, Bhopal, Jhansi and Agra Cantt.

2. MEMU services on Diva-Panvel-Roha section: Diva-Roha DEMU services is being replaced by MEMU services with the newly electrified section of Pen-Roha. MEMU services use less energy for hauling the same number of coaches as compared to DEMU services thereby saving in energy. Further, the MEMU rake is more aesthetic in looks with higher acceleration and has better riding quality benefiting the public residing in the area of Raigarh and Alibaug Districts travelling to Mumbai Metropolitan City.

3. Pune-Karjat passenger to extend up to Panvel: It will be the first passenger service in this predominantly freight route of 28 kms between Karjat and Panvel. This will cater mainly the people residing at Chauk, Mohope, Chikle, Panvel and Karjat.

4. Inauguration of Pen –Roha Electrification: With this project Mumbai Division becomes 1st Division of Central Railway which is fully electrified. This will enable conversion of existing Diva-Roha DEMU services into more comfortable MEMU services. Further it will usher in a new era of prosperity and development to this area.
* Total Length : 40 Route kms (94 track kms)
* Cost of Project : Rs 60 Crore
* Year of sanction : 2016-17

5. Inauguration of Escalators at Panvel (2 Nos.) built at the cost of Rs 1.6 crore. Since Year 2014, total of 102 Escalators have been provided i.e. 66 on Central Railway and 36 on Western Railway for the convenience of commuters. Further wok in progress for 59 Escalators i.e. 43 on CR and 16 on WR.

FOB woks have been considered as safety work for facilitating priority funding in view of accidents/casualties during tress passing. Since Year 2014, total of 87 FOBs have been constructed i.e. 51 on CR and 36 on WR. Further the work of construction of 91 FOBs in progress i.e. 40 on CR and 51 on WR.

Since Year 2014, total 86 Lifts have been provided i.e. 58 lifts on Central Railway and 28 Lifts on Western Railway for the convenience of Divyangjan, elderly persons, women and children. Further work is in progress of 18 lifts i.e. 13 on CR and 5 on WR. These lifts will facilitate ease of movement across platforms. Each lift has capacity of 20persons/1360 kg. With safety features –Automatic doors, Automatic Rescue device. Features for specially abled- Braille Script of lift buttons.

9. Green stations Roha, Pen and Apta: Roha, Pen and Apta stations on CR turn “Green” to save Energy. Energy conservation is a “Mission Area” on Indian Railways. As a part of this mission, Central Railway has already changed to energy efficient LED lights 100% at its stations and service buildings, etc. Asangaon station of Central Railway has the distinction of being the 2nd station on Indian Railways to become Green Station.

Now, Roha, Pen and Apta stations of Central Railway have also become green stations thereby saving precious energy. The power requirement at these stations is now met by solar and wind mill generated green energy which is given below:

Roha station has 15 KWp solar power panel generating around 65-80 KWh power daily. Earlier the electrical load of Roha station was 21 KW while the present load is only 11.81 KW, achieving 80% energy saving with solar power. The yearly saving in terms of money value will be Rs.3.54 lakh.

Apta station has 5 KWp solar power panel generating around 25-30 kWh power daily. The load of 8.52 kW has come down to 4.38 kW achieving 80% energy saving.  The yearly saving in terms of money value will be Rs.3.26 lakh.

All three stations have Solar water cooler with a storage capacity of 150 litres each; while Roha has a solar water pump of 3 HP capacity. These green stations are provided with most energy efficient BLDC ceiling fans.

10. Improvement of Circulating Area of Panvel station at the cost of Rs 30 lakh: The improvement includes wide approach road, fencing, Auto rikshaw parking and improvement of façade. These improvements will facilitate movement across the platform.

11. 40 additional ATVMs over Mumbai Suburban stations of Western Railway: ATVMs are self-operated, touch screen based ticketing kiosk which accepts payment using RFID Smart cards. Provision of these ATVMs help reduce the queue at booking counters to large extent benefitting the commuters to save their precious time. With this 40 Nos. recently provided ATVMs the total number of ATVMs functioning on WR became 370. On Central Railway, total 318 ATVMs are functioning in Mumbai area.

Besides these, foundation stone in being laid for two Road Over Bridges (ROBs) at Juchandra station. These two ROBs will be constructed near Juchandra station in lieu of Level Crossing (LC) gates on DFC routes.