From HCL Tech, Maruti Suzuki to PVR, here are 5 stock picks for the week

CPI, WPI and IIP will be presented in upcoming week and domestic indices will move as per the performances of these indicators. 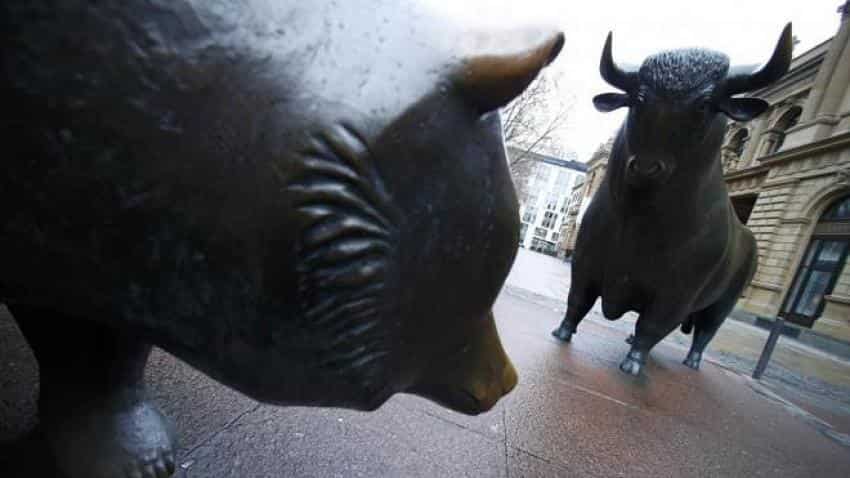 Indian markets finished on a negative note last week, with Sensex tumbling by over 19.41 points or 0.05% at 35,443.67 and Nifty 50 muted at 10,767.20. These two benchmarks gave away their gains which were boosted by India’s GDP growth rate of  7.7% in Q4FY18, and were trading cautiously last week in the midst of RBI’s policy announcement. RBI held a three day meeting for the first time in history, and on June 06 the central bank raised policy repo rate by 25 basis points to 6.25% from previous 6% which was also a first during Narendra Modi regime. RBI maintained a neutral stance, but also raised CPI inflation target by FY18 end. CPI, WPI and IIP will be presented in upcoming week and domestic indices will move as per the performances of these indicators. RBI has already raised a list concern which pressurizes inflation in coming months.

Analysts at Religare Broking firm said, “Going ahead, macro data viz. CPI and WPI inflation data for the May month, movement in crude oil prices and progress of monsoon will dictate the market trend.”

They added, “Considering all, we reiterate our advise to focus on the stock selection and keeping leveraged position hedged. Though we’re seeing participation from across the board but FMCG, MNC and pharma space can outshine the others.”

Meanwhile, Karvy Stock Broking agency said, “The upcoming week, is set to be an action packed week with a lot of macroeconomic data due to be released. Industrial Production (IIP) numbers along with Inflation data for the month of May 2018 will also be closely watched by market participants during this week. Therefore, considering the overall positive setup, we expect the Nifty to trade in a range of 10650-10950 with a view of adding long positions on declines. Traders are however advised to adhere to a disciplined trading approach at all times as volatility can spike up at any given point of time.”

Karvy also laid out five stocks which can be best investments for investors who may have developed an appetite for equities this upcoming week.

Here’s a list of the five stocks that can be best pick.

From the above observation of price momentum, it looks the stock is likely to trade with positive bias in the coming trading sessions also. Therefore, Karvy recommends Smart Traders to initiate long position in the counter with a stop loss placed below Rs 530 for the upside target of Rs 595 levels.

HCLTECH in the current week has witnessed some bounce back on the charts from the support placed around 890 levels and has closed well above it, any breakout on the charts above Rs 938 levels on the charts can make the stock touch levels somewhere close to Rs 973 levels. 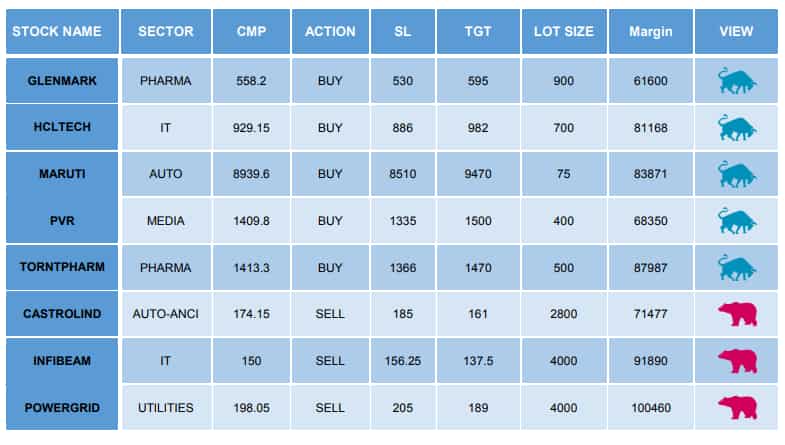 MARUTI has been witnessing rally on the charts from the past three weeks and is likely to continue the journey in the upcoming trading weeks as well.

On the momentum setup, 14- period RSI holding above the equilibrium level, approaching overbought territory reaffirms underlying strength in the counter. At the current juncture, the stock provides an opportunity to enter as it may potentially move higher. Hence, we recommend Smart Traders to initiate Long position near Rs 1410 levels for the target of Rs 1490-1500 levels keeping a stop loss below Rs  1335 levels.

The company has found support around Rs 1306 – 1310 levels and witnessed volume based buying and the stock zoomed towards 1492 levels; thereafter it went into correction mode from the highs of Rs 1492 towards the low of Rs  1366 levels and has found support around Rs 1366 levels where its 20 SMA is currently placed indicating buyers present at lower levels.

Therefore, it is recommended Smart Traders to buy the stock around Rs 1413 levels, keeping a stop loss below Rs 1366 levels for the target of Rs 1470 levels.