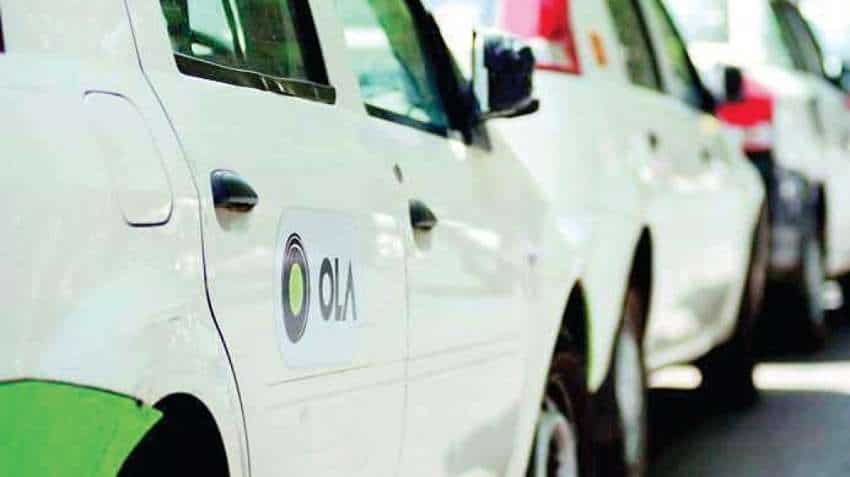 Ola and Uber on Monday announced resuming operations in more cities, including Delhi and Bengaluru, after various states brought in their guidelines for the fourth phase of lockdown. Source: PTI
Written By: PTI
Edited By: ZeeBiz WebTeam
RELATED NEWS

Cab drivers faced a number of challenges -- right from trouble starting their cars to finding fewer passengers to ferry -- as they resumed work in various cities after nearly two months of lockdown. Ride-hailing platforms Ola and Uber on Monday announced resuming operations in more cities, including Delhi and Bengaluru, after various states brought in their guidelines for the fourth phase of lockdown that ends on May 31. However, services are still not available in a number of cities, including metros like Mumbai and Chennai. An senior industry executive, who did not wish to be named, said the demand currently remains low for cab aggregators.

"There are no airport or corporate trips, people aren't making any leisure trips and only few people are commuting. So, the volumes are low. It should pick up as more offices open and people resume work," he said. Another executive noted that the number of drivers logging on could also be impacted as many of them have traveled back to their home states amid the lockdown. Kamaljeet Gill, president of Sarvodaya Driver Association of Delhi (a representative body of cab aggregator drivers), said most of its member drivers took out their vehicles, but could not find any rides since people mostly stayed indoors. "We hope the situation will improve in the next few days," he added.

Ola and Uber did not comment on the demand volume but said they are working towards ensuring safe rides for both passengers and driver-partners. Uber's services are now active in 40 services, while Ola's services are available in more than 160 cities. Apart from low demand, drivers also faced other issues.

Kavish Chaudhary, a driver engaged with Ola, said he faced troubles when he attempted to start his vehicle. "I could not take out my car because it was broken down since it was kept idle for nearly two months during the lockdown. I have sent it for repairs at a mechanic's workshop. I will start work in next two three days," he said.

Gill said the association is providing hand sanitisers at lower rates, and also helping drivers in setting up a plastic cover inside the cars (at nominal charges) as part of its safety efforts. Ola and Uber are also undertaking a number of safety measures, including making usage of masks compulsory for driver-partners and passengers, complete sanitisation of cars post-trips, and adhering to social distancing norms by limiting to two passengers per ride.

The lockdown, which started on March 25, had left driver-partners of cab services like Ola and Uber with no source of income. After 40 days of lockdown, some relaxations were provided in the third phase (May 4 onwards), including allowing cab services to operate in orange and green zones.