Today, the Indian rupee even touched a new 2018 low of 68.215 against US benchmark dollar at interbank forex market. 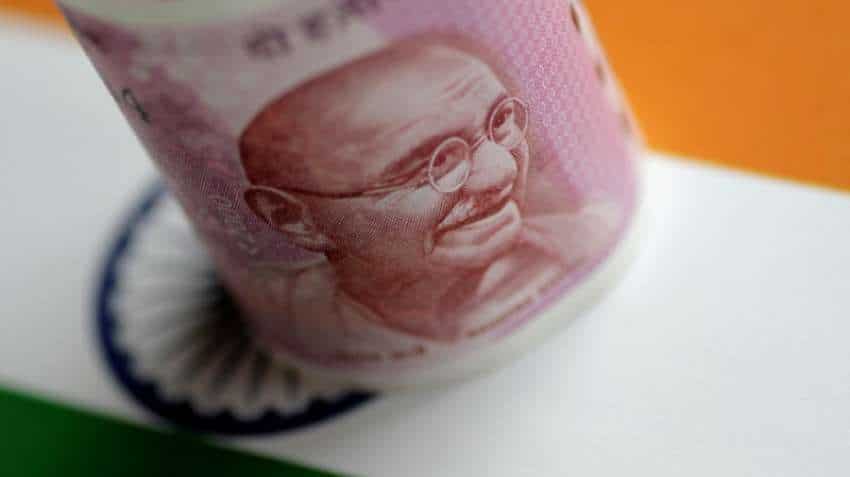 Indian rupee is not shining bright at all as the currency continues to be the worst performer in emerging markets and this it is not just against dollar but also against other major currencies too. The start of 2018, has been quite positive for rupee as it traded near 63-64 level, but as days passed, the currency continued its free fall. June month so far has not been good for the currency. It was only June 6, when the rupee saw 66-mark against dollar, but since then the currency has only been hovering around 67-68 mark. Today, it even touched a new 2018 low of 68.215 against US benchmark dollar at interbank forex market.

At around 12:38 hours, the Indian rupee was trading at 68.125 below 0.260 points or 0.38% against US dollar.  In early opening, domestic currency weakened by 29 paise to 68.13 against the dollar as demand for the American unit from importers and banks picked up.

Rupee in free fall is not a good sign for Indian consumers, business and RBI. Rupee has a direct connection with inflation and if further continues to depreciate than the country’s CPI will rise further. While it also will make raw material, exports expensive which will force firms to pass on the pressure to end consumers.

But looks like Indian rupee will continue to depreciate further, and this time a list of global factors have become key reasons.

According to Kotak Institutional Equities, trade skirmish is morphing, from trade tariffs to indirect clampdown on capital flows. There are media reports that the US administration may have decided to restrict China’s ability to invest in or acquire US companies in the industries identified by Beijing in its so-called Made in China 2025 plan.

According to research firm Rhodium Group,China’s direct investments in the U.S. plunged in the first half of 2018 as Chinese companies completed acquisitions and greenfield investments worth only $1.8 billion, a 92% drop over the past year, and the lowest level in seven years.

Anindya Banerjee, Research Analysts at Kotak says, “. As we have argued in the past that if US has to rebalance its current account from a deep deficit to a number which it is comfortable, it has to clampdown on capital flows. As it is that the large capital account surplus caused by capital inflows all over the world, that causes US to run a current account deficit.”

Banerjee adds, “ In other words, US ends up exporting its demand in order to absorb the huge flows that head to US shores every year. Having said that, for US to have a meaningful impact on current account, the clampdown in capital flows have to be broadbased and not targeted to a few countries, as bilateral trade has no meaning in a trade game.”

In previous day, the domestic had continued its rally for the third straight session, strengthening 14 paise to end at 67.84 against the dollar amid sustained unwinding of American currency by exporters.

Explaining outlook for further tradings, Banerjee says, “As trade skirmish intensifies and US Fed remains on offensive, we expect EM currencies to remain under pressure. Chinese Yuan has already depreciated by nearly 5% over the past three months and the pace depreciation is now accelerating.”

All these are negative factors for the Rupee, which has three more additional factors to grapple with, tightening financial conditions in the domestic economy, pre-election political risk and still elevated oil prices.

Banerjee adds, “Going into the June contract expiry on Wednesay, 27th June, there is a risk of a short covering from the large shorts in the contract. Over the near term, we would once again look for buying opportunities on decline, between 67.85/95 on spot with stops below 67.80. Resistance can be had around 68.25 and 68.40/45.”

While for other currencies, Banerjee believes,  EURUSD is expected to trade within a broad range of 1.15 and 1.17. On GBPUSD, expect a range between 1.3350 and 1.3150. EURINR, GBPINR and JPYINR, all three are in an intermediate uptrend and hence, buying on dips is advisable.