Rakesh Jhunjhunwala has put his faith in DHFL, but holding the stock is proving painful and this rating agency says it is bound to hurt more. 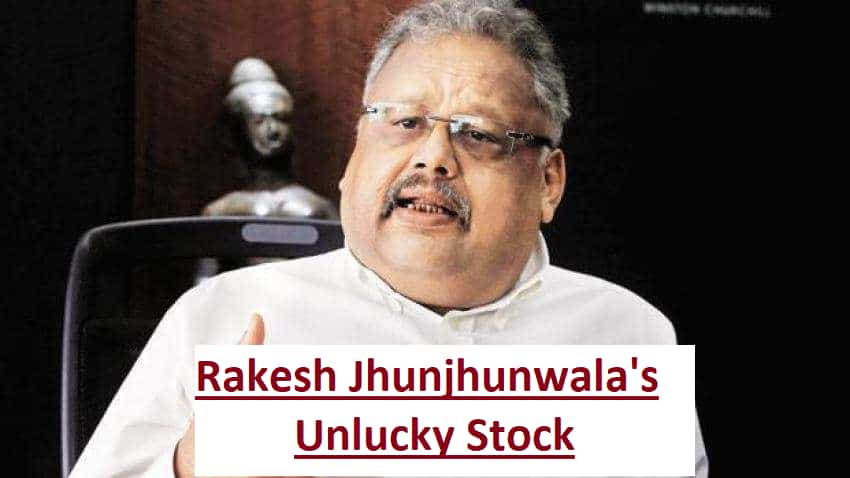 Rating revision of DHFL was attributed to moderation in the company’s financial flexibility owing to challenges. Photo: Reuters

The share price of NBFC-major Dewan Housing Finance Corp (DHFL) has again been engulfed in a bloodbath. DHFL share price dropped over 8% on Sensex after touching an intraday low of Rs 125.45 per piece today. At around 1149 hours, DHFL was performing at Rs 129.70 per piece below by Rs 7 or 5.12%. With this, Rakesh Jhunjhunwala, who been taking on hefty amounts of DHFL shares since 2015,will suffer massively in Tuesday's trading session if the trend continues. Interestingly, looks like the losses may not be restricted to just today as rating agency ICRA has made a big move by announcing that it has downgraded the company’s offering! ICRA revised the short-term rating on the Rs. 8,000-crore commercial paper (CP) programme of DHFL  to A2+ (pronounced ICRA A two plus) from A1+ (pronounced ICRA A one plus).

Rating revision of DHFL was attributed to  moderation in the company’s financial flexibility owing to challenges faced in raising funds from traditional bank lines and debt market instruments, and the consequent impact on the company’s ability to generate fresh business.

ICRA has highlighted four pointers which continue to hamper DHFL’s growth ahead. These are:

Given that the project loan book originated recently, and a large portion of this portfolio remains under moratorium, the portfolio remains relatively unseasoned.
ICRA takes note of DHFL's efforts to reduce the share of project loans to below 10% of the AUM by March 2019. DHFL’s ability to maintain the asset quality indicators will be a key rating monitorable, going forward.

Though DHFL's borrowing profile is well diversified, the recent industry-wide stress in liquidity has increased dependence on securitisation.

Moreover, DHFL is dependent on the refinancing of maturing liabilities, given the relatively longer tenure of loans inherent in the housing finance industry. The company reported a net fixed deposit outflow of Rs. 1,356 crore during September 24, 2018 to December 31, 2018.

Rating is constrained by DHFL’s moderate capitalisation position with relatively high gearing of 9.32 times as on December 31, 2018. Nevertheless, the company’s regulatory capital adequacy is supported by the relatively lower risk weights prescribed by the National Housing Bank (NHB) for smaller ticket loans, which constitute a large proportion of DHFL’s portfolio.

ICRA takes cognisance of the company’s efforts to sell its non-core assets and project loan portfolio as well as its plans to onboard a strategic investor to improve its capitalisation position. However, the sale of its non-core assets is expected to be gradual and subject to regulatory approval, wherever applicable.

Given the significant share of fixed deposits in the company’s borrowings, continued redemption of the same could worsen its liquidity profile. While the present resources would be adequate to make debt repayments till March 2019, given that the collection efficiencies from advances remain intact, the company would need additional funding to resume business.

Hence, DHFL needs urgent revival in its business module. Coming back to Jhunjhunwala, he trimmed down his holding in DHFL during Q3FY19, by 0.73%. Now he has about 2.46% stake in DHFL with 7,728,500 equity shares worth Rs 107.6 crore. The start of 2019 for Jhunjhunwala has not been fruitful when it came to DHFL shares, as the stock has plunged by nearly 61% so far.