Forget rupee fall, check out these 5 currencies instead; your fears will abate 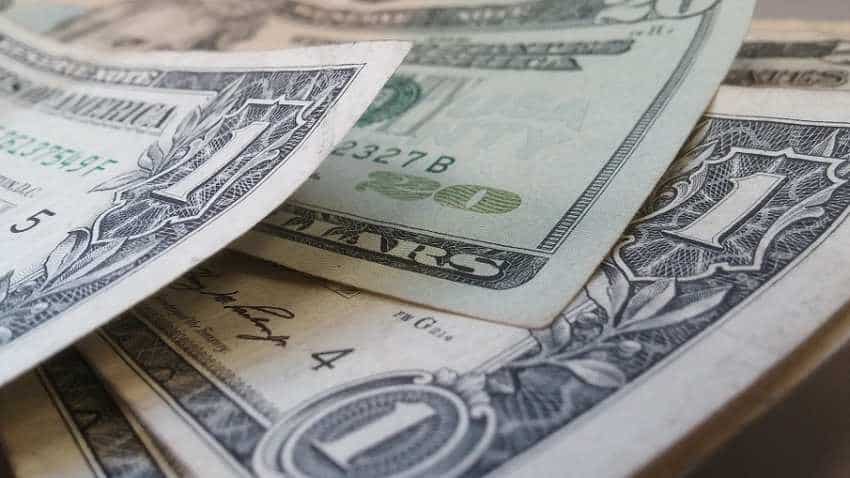 India is currently facing pressure because of the domestic currency which has continued to depreciate against the US benchmark dollar index. Indian rupee has depreciated by 12.3% so far this year against the dollar. Weak Indian rupee comes as a negative factor for the country’s economy for a host of reasons. However, it is noteworthy that, Indian rupee is not alone, there are other worse performers in Emerging Markets. The forex market is currently very volatile and this has turned out to be positive for dollar currency as it continues to shine against many other currencies making them weak.

ICICI Bank explains that the twin combination of an adverse global risk backdrop resulting in a broad-based EM FX sell-off and widening external imbalances is the main reason for free fall in USDINR pair.

This pair is not alone in facing the pressure, there are other currencies who have face similar trend in fact even worse than USDINR pair. Here’s a list of five currencies that are worse performer than INR this year.

The Argentine Peso tops the list of worst performers against dollar as it has depreciated by 50.2% on forex market. This is expected to impact Argentina’s current account by negative 4.5% of GDP. Their policy rate at present stands at 60%.
Today, the currency ended at 37.9490 muted against dollar. However, last month, it cracked an all-time low of 42.2410.

Nomura analysts led by Craig Chan wrote in a note, “The worsening of the situation in Argentina despite the rate hikes and government efforts to restore market confidence confirms our view that the situation is far from being solved,” reported in Markets.Businessinsider.com.

HDFC Bank in a research note said, “The value of Turkey's currency has nosedived since January and has lost more than 72% of its value against the dollar. In August alone, the decline has been 33%.”

It added, “Turkey's worsening relations with the US government has led to sanctions. US seems to be reacting against the detention of American pastor Andrew Brunson, who has been held in Turkey for nearly two years over alleged links to political groups.”

Today, Brazil Real was at 4.1529 mostly muted against dollar. However, it has touched a new low of 4.2150 against dollar last month.

Meanwhile, Brazil has a policy repo rate of 6.50% same as India.

Gustavo Rangel, chief Latin American economist at ING told MercoPress, “Lack of clarity that an investor-friendly candidate will win should weigh on local assets, intensify demand for FX hegde[s] and triggers real selloff towards the 4/4.20 range [versus the dollar] during September and October.” 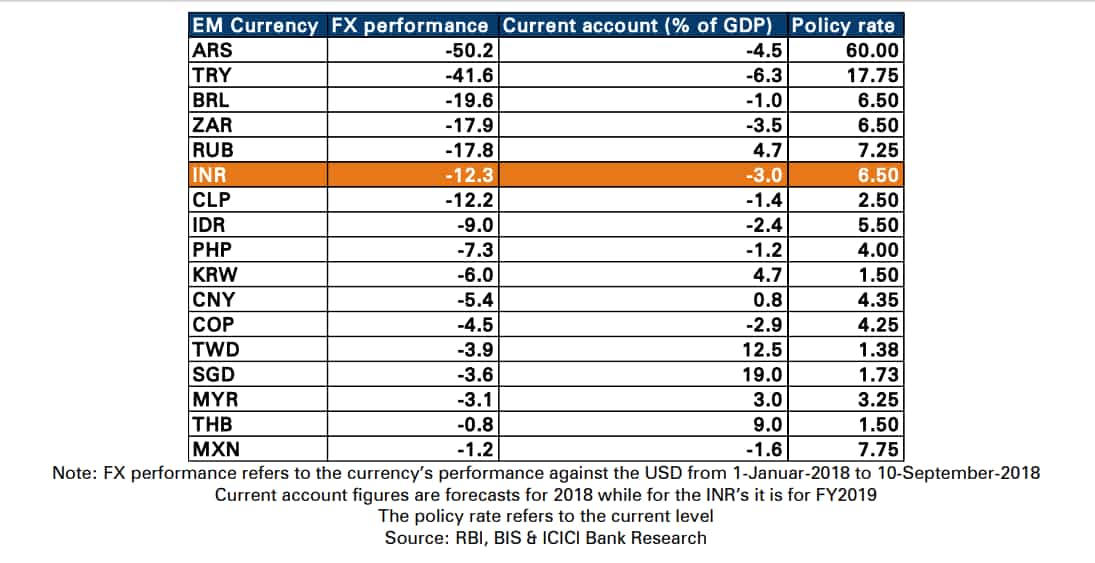 This currency has depreciated by 17.9% against US dollar. On the back of weak currency, the  South Africa’s current account is seen negative 3.5% of the GDP. It currently has policy repo rate of also 6.50%.

There are many reason for the free fall in South African Rand. Firstly, the country’s economy has slipped into recession, however, their government believes the period is temporary and will improve in coming quarters. However, for now South Africa’s currency seems to not rest against dollar and has taken its hard hit.

Another reason could also be international market instability for weakening in rand.

According to Forex Director for Sable International, James Edwards, South Africa is caught up in a whirlwind of financial uneasiness affecting all global emerging markets, reported in The South African news agency.

Reportedly, the  Rand has a liquid market that seems to act as a proxy for EM [emerging market] weakness, manifested by Bond and equity sell-offs, resulting in weakness due to liquidity and demand issues.”

This currency has depreciated by 17.8% so far this year against the dollar index. As per ICICI Bank, the impact of this free fall is not expected to bring negative impact on Russia’s current account. Analysts there expect the current account to be at 4.7% in 2018. Russia has a policy repo rate of 7.25%.

U.S. sanctions and the possibility of more punitive measures along with a sell-off of other emerging-market countries are some of the reasons that has impacted rubble.

According to Reuters report, ruble's fall is likely to be limited by Russian export-focused companies that often sell foreign currency when it is strong, buying rubles they need for domestic obligations such as tax payments that are due in the second half of the month.