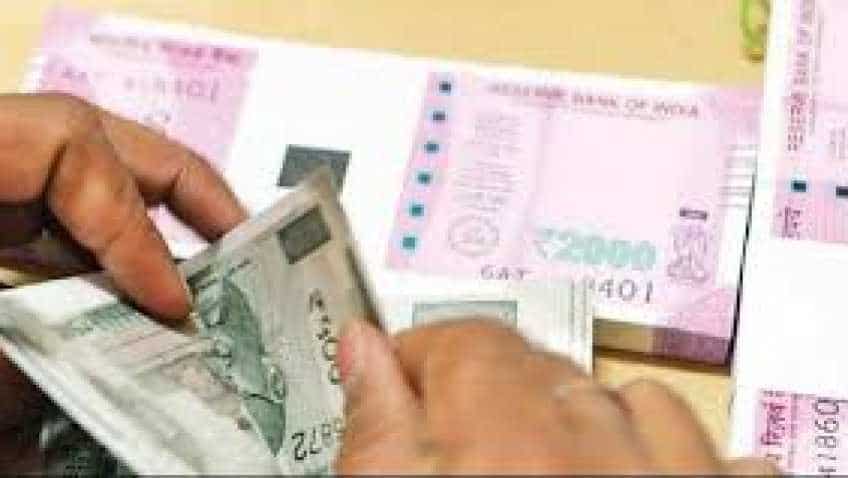 7th Pay Commission: Even with a modest salary hike of 2 per cent annually, more than half of the expats living in the country are confident about building their personal wealth during their stay in the country, a survey has revealed. Image source: PTI
Written By: ZeeBiz WebTeam
RELATED NEWS

7th Pay Commission, that applies to central government employees as well as many state government employees has been in the news for long. Staff, at central and state levels, either want a hike in the fitment formula 7th pay commission report recommendations according to which their salaries are decided, or they want to become  a part o this system (notably, many states have not yet ordered its implementation.

The lowest salary at the moment is Rs 18,000 and central staff wants this to rise to Rs 26,000, as per their demands. The mood is one of pessimism. However, if you move away from the public sector to the private one, especially when it comes to expatriates, the scene is one of positivity despite the dismal latest pay hikes. Here is putting things in perspective:

Even with a modest salary hike of 2 per cent annually, more than half of the expats living in the country are confident about building their personal wealth during their stay in the country, a survey has revealed. Expats here are optimistic and confident about their financial future and their present is shaping up nicely as well, the expat explorer survey by HSBC said.

The survey was conducted among 22,318 expats from 163 countries, including in India, and territories through an online questionnaire in March and April by YouGov, and was commissioned by HSBC Expat. While a majority of expats move to India for work, family life as well as cultural experiences are a big component of the expat experience in India, according to the survey.

It found that two thirds of expats in India enjoy the local culture, and the financial gain allow more expats in the country than elsewhere to support causes, participate in local community events and donate to charity. Meanwhile, the survey revealed that the average person globally taking a job overseas usually adds USD 21,000 to their annual salary when they move, which is enough to buy a new car, pay off the average household's debt twice over or cover rent for two years.

Switzerland has topped the list of destinations for the biggest pay packets, with the average salary increase of USD 61,000, to make the average annual expat salary the highest in the world at USD 202,865. The US took the second place at USD 185,119, Hong Kong the third at USD 178,706, while India came at the seventh spot, with an average annual expat salary of USD 131,759.

According to HSBC India head-retail banking and wealth management S Ramakrishnan, while a move overseas can often mean a rise in disposable income, it also brings complexity along with it. "A taste of life in a new location can be the key to unlocking your creative potential, finding the work life balance, or taking career in a new direction. However, too many expats spend their first months abroad stressed because they didn't get their finances in order before moving," he said.