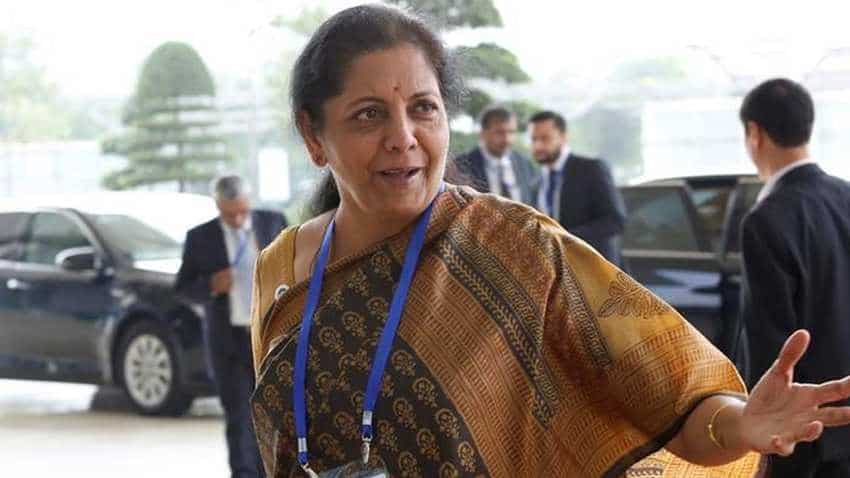 Sitharaman is one of four Indian women to have made the list. Source - Reuters.
Written By: ZeeBiz WebTeam
Edited By: Harish Dugh
RELATED NEWS

Forbes World's 100 Most Powerful Women list 2019: Finance Minister Nirmala Sitharaman has made her debut on Forbes World's 100 Most Powerful Women list and shot up instantly into a top 40 spot! The Union Minister has been ranked on the 34th spot in the list, above Queen Elizabeth II who is on the 40th spot and US President Donald Trump's daughter and advisor Ivanka Trump, who is on the 42nd spot. Sitharaman is one of four Indian women to have made the list including Biocon chief Kiran Mazumdar Shaw, HCL Enterprise CEO and Executive Director Roshni Nadar Malhotra and Landmark Group CEO Renuka Jagtiani.

The youngest name on the list is of environmental activist Greta Thunberg. The 16-year-old finds herself on the 100th spot in the list topped by German Chancellor Angela Merkel for the ninth year in a row. North America maintained the most women on the list at 50, followed by Asia Pacific with 21, Europe with 18, the United Kingdom with 5, the Middle East with 3, Latin America with 2, and one in Africa.

"This year’s list of World’s Most Powerful Women is a collection of innovators and instigators who are leading on the world stage to redefine traditional power structures and forge lasting impact in every industry and sphere of influence," Moira Forbes, Executive Vice President, Forbes and President, ForbesWomen said.

Biocon chief Kiran Mazumdar Shaw was ranked 65 on the list, HCL Corporation CEO Roshni Nadar Malhotra is ranked 54 and while Renuka Jagtiani found her name on the 9th position.

"The World’s Most Powerful Women: The Billionaires On The 2019 List - proud to be recognised as an influencer in global healthcare," Kiran Mazumdar Shaw tweeted about the achievement.