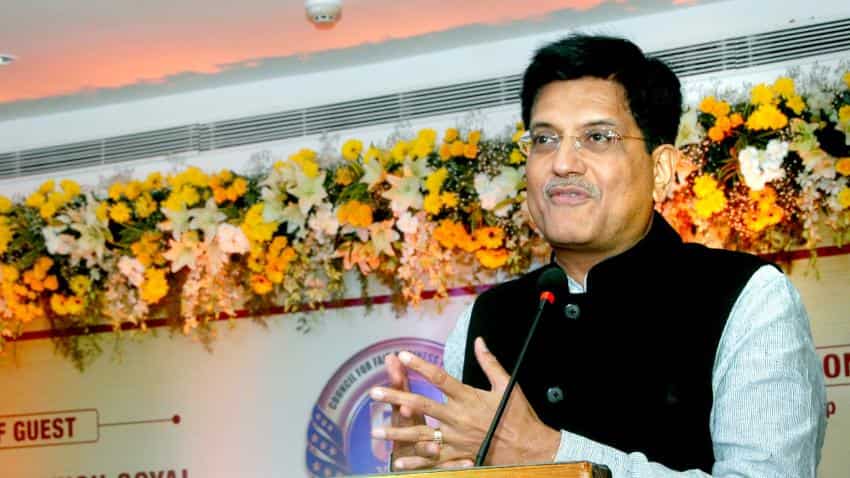 Union Minister of State for Power, Coal, New and Renewable Energy and Mines Piyush Goyal addresses at the Golden Jubilee function of the Council of Fair Business Practices in Mumbai on September 21, 2016. Image Source: IANS/PIB

Dispelling rumours that Finance Minister Arun Jaitley was unaware of demonetisation, Power Minister Piyush Goyal on Saturday said he knew it and kept it as secret despite being "very friendly and open".

"When the bombshell (demonetisation) came... Every body wanted to know how Jaitley could keep the secret so well. This is the kind of commitment a tall leader has... When the time comes, they keep (an important information) secret from everybody," Goyal said during a session at HT Leadership Summit in New Delhi.

Asked whether Jaitley knew it, he replied, "Yes obviously. He is the Finance Minister."

Earlier last month, the Centre disbanded old Rs 500 and Rs 1,000 notes from mid-night of November 8 to deal with the menace of black money.

Goyal also indicated that the government will take stern action against those who are misusing the concessions given to honest people.

"What I am hearing about their (chartered accountants) role in the last 22 days, we are quite disappointed... We are finding that there is a nexus of certain professionals, certain bankers and possibly certain officials in parts of the country where misuse of the ability of honest people to transact is being carried out," he said.

He warned that the government will deal with the issue with "heavy hands".

Explaining further, he said, "It (demonetisation) is going as per the plan. It was loud and clear that it would have short-term pain for 50 days."

On downturn of economy due to demonetisation, Goyal said, "It could be for month or two or this quarter. But if you are moving informal economy into formal economy... The transactions were never reported as part of gross domestic product (GDP)... It will only add to GDP."

Elaborating, he said, "Rabi sowing (data) seems that there is growth of 8-9% this year. Cement saw 7-8% downturn in the first two weeks (after demonetisation). I am told that it is back to normal."

However, he cautioned, "Automobile sector is a little bit of surprise... People bought two-wheelers and four-wheelers by cash (payments). That is truly a surprise... We should be able to track every vehicle which is sold... Otherwise terrorist activities, petty theft or serious crimes will never get traced."

About forthcoming assembly elections, he is confident that the BJP will sweep the upcoming elections and will win two-thirds support in Uttar Pradesh. He predicted a win for the Akali-BJP combine in Punjab.

He also said that in next 14-15 years, India has investment opportunity of over $1 trillion to expand in the energy sector.