According to DGCA website, "If you have already reported at the airport to undertake journey on original flight and waiting for the alternate flight, the airline is bound to provide you meals and refreshments." 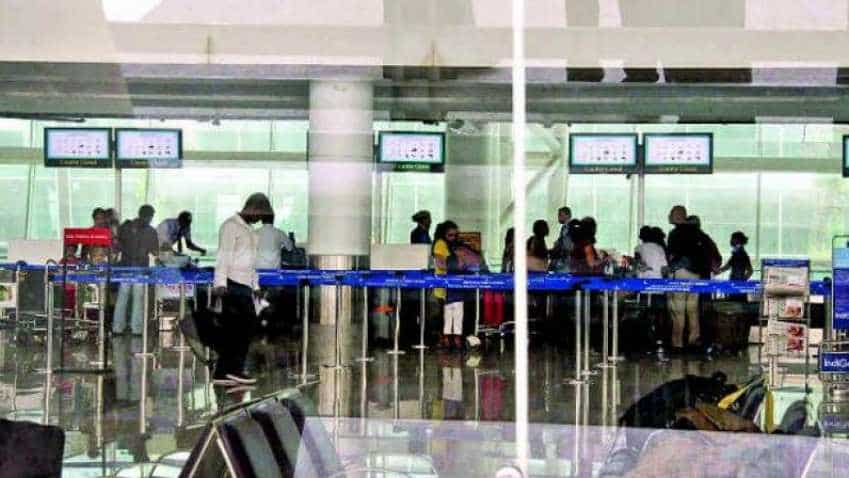 DGCA informs that airline is also required to provide travellers information on cancellations of their flight as far in advance as possible of the scheduled time of departure. Image source: PTI
Written By: ZeeBiz WebTeam
RELATED NEWS

As schools and colleges close for annual vacations during summer season, people, especially parents with children, prefer this time over all others to go on holidays. If you have chalked out any family trip abroad or have planned any inland trip to cooler locations, you may face uncertainty of possible cancellation of flights. The recent flight cancellations by Jet Airways has also led to hike in airfares. It even forced the government to tell domestic airlines to keep airfares in check - this was after airfares on top 10 routes spiked.

Flight Cancellation: Compensation Due
Since many airline companies have seen a spate of flight cancellations due to various reasons, you should be aware of your rights as a traveller. The aviation regulator, Directorate General of Civil Aviation (DGCA), on its website has clearly stated about alternate flights or refund in case travellers face flight cancellations. The airline is bound to provide you alternate travel opportunities at no additional cost. Also, if you so desire, in case you do not want to travel any more, ticket must be refunded.

According to DGCA website, "If you have already reported at the airport to undertake journey on original flight and waiting for the alternate flight, the airline is bound to provide you meals and refreshments."

Further, the DGCA informs that airline is also required to provide travellers information on cancellations of their flight as far in advance as possible of the scheduled time of departure. If a passenger is not been informed at least three hours in advance about the cancellation of flight, the airline is liable to provide you compensation. The Website says, "To get timely information on flight cancellation, please ensure that your contact details are provided to the airlines at the time of booking."

Meanwhile, travellers will not be entitled for compensation on account of cancellations and delays caused due to extraordinary circumstance(s) beyond the control of the airline, such as: natural disaster, civil war, political instability, security risks, insurrection or riot, flood, explosion, government regulation or order affecting the aircraft, strikes and labour disputes causing cessation, meteorological conditions, cancellations and delays clearly attributable to Air Traffic Control (ATC), slowdown or interruption of work or any other causes that are beyond the control of the airline, but which affect their ability to operate flights on schedule.

Flight Cancellation: Insurance
If you have travel insurance, you can ensure you losses due to flight cancellations to some extent. This insurance covers flight cancellations/delays and missing connecting flights, but it is subject to the sum insured and limits mentioned in the policy for loss of personal accommodation, travel charges paid or contracted to be paid by the insured.

Since DGCA keeps a tab on airlines, the regulator also tries to keep airfares as low as possible. To ensure this, DGCA called a meeting on Tuesday and issued a statement thereafter that said, "Airlines were advised to continue to monitor at their level and provide information to the DGCA to keep fares low as far as possible. The DGCA will continue to monitor fare movement on a daily basis and engage with airlines for appropriate action."