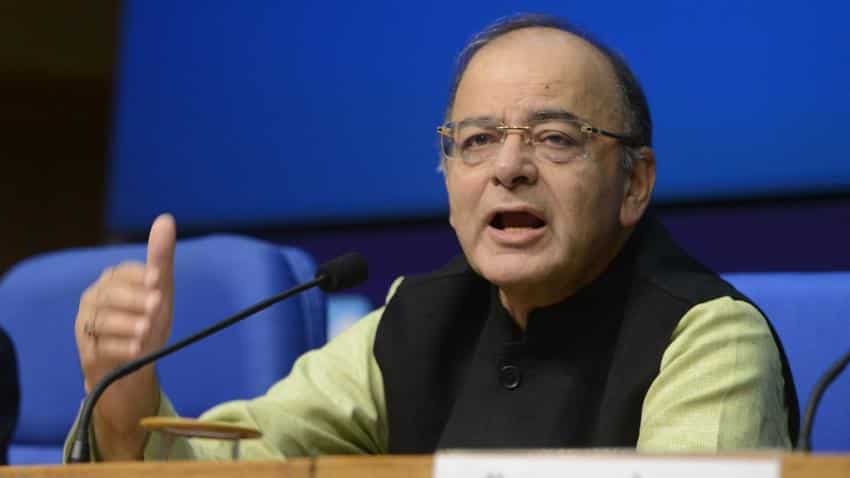 Expenditure Finance Commission (EFC) under the Ministry of Finance cleared 29 proposals of various ministries involving expenditure of about Rs 2.11 lakh crore during the last year.

Of these, three proposals worth Rs 8,612 crore of Ministry of Power were cleared by the board during calender year 2016.

Proposals of Ministry of External Affairs and Ministry of Road, Transport and Highway involving investment of Rs 7,291 crore and Rs 6,461 crore, respectively, were also cleared, Department of Expenditure under Ministry of Finance said in its year-end review for 2016.

"During the period from January 1 to November 30, 2016, the EFC chaired by Expenditure Secretary recommended 29 investment proposals or schemes of various ministries and departments costing Rs 2,11,049 crore," it said.

With regard to Public Financial Management System (PFMS), it said, this web-based online software application has been fully implemented at the central government level for all plan and non-plan scheme releases.

So far 18 lakh (approximately) implementing agencies are registered on PFMS and the total number of beneficiaries bank accounts registered in PFMS till November 30 is 19.07 crore.

The primary objective of PFMS is to facilitate a sound Public Financial Management System for Government of India (GoI) by establishing an efficient fund flow system as well as a payment-cum-accounting network, it said.

It further said that PFMS treasury integration is currently operational in 12 states and integration process has been initiated in other states also.

It is expected to be completed by March 31, this year.

During the year, the Controller General of Accounts (CGA) has developed a risk based control framework in the form of Generic Internal Audit Manual to guide the internal audit engagements.

The manual not only explain the complexities associated with the internal audit functions but also facilitates the entire process by providing audit process, templates and guidelines, it said.

Talking about other achievements, Department of Expenditure said that the Centralised Public Grievances Redressal and Monitoring System (CPGRAMS) has been effectively implemented and of so far a total number of 4,475 out of 4,508 grievances have been successfully redressed/disposed.

Further, Department of Expenditure has been selected for issue of Certificate of Recognition from the Department of Administrative Reforms and Public Grievances for performance on CPGRAMS.

The Department also organised workshop on use of mobile banking and e-banking for officials of the Finance Ministry in which representatives of SBI, PNB and RBI gave presentations.

It has started the implementation of e-Office, a mission mode project in a phased manner and is being implemented in the attached/subordinate offices as well.

On the recommendations of the Public Accounts Committee (PAC), Audit Para Monitoring System (APMS) has been implemented for computerised monitoring of the pendency of Action Taken Notes (ATNs) of CAG paras at various stages.

"The application facilitates the submission/vetting of ATNs by their uploading on the portal at every stage. As a result of regular training to the officials, now all ministries and departments are on board the APMS portal," it said.

The Department successfully implemented 7th Central Pay Commission (CPC) as approved by the government. The arrears on account of implementation of 7th CPC recommendation were also paid in 2016-17.

With regard to pension payment, it said Life Certificate format for pensioners has been modified and provision for acknowledgement by the bank has been introduced.

Further, the bank has to mention submission of Life Certificate by the pensioner in the payment scrolls to CPAO to enable monitoring of the same, it said.

This year, to avoid the hardship to pensioners in interacting with bank branches due to demonetisation, the last date of submission of Life Certificate has been extended to January 15, it added.