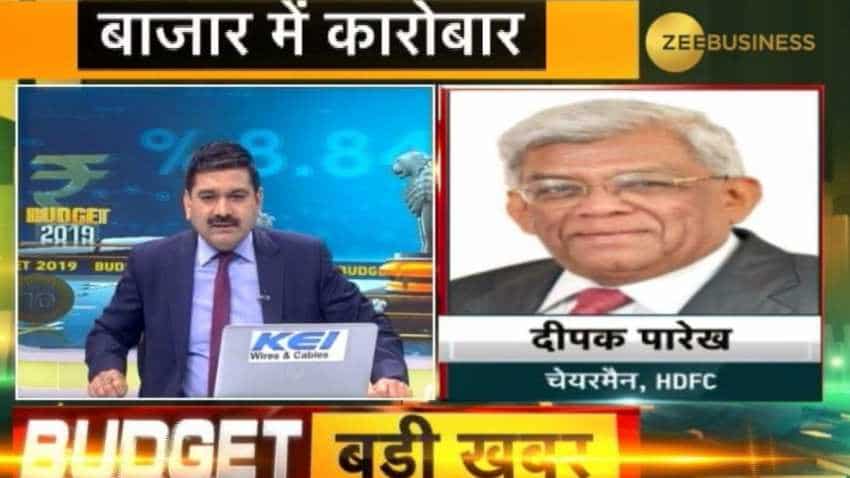 The budget, which increases the non-taxable income limit to Rs 5 lakh, will increase the disposable income of people. And, this income, if saved, can be invested in mutual funds or bank deposits or can increase the consumption story of India.

Q: What is your opinion on the budget? Also, highlight something that was liked by you?

A: See, it was an interim budget and the regular budget will be announced after some time. While presenting the interim budget, the finance minister gave a brief history on what BJP has done in the last four-and-a-half year of its governance. Later, he also mentioned 10-futuristic points that highlight the idea of what his party, BJP, will do in the next 10 years.  In this budget, the finance minister has tried to help the farmer and the middle-class of India. This help will have a positive impact on consumption, which is the growth engine of our country.  Generally, a person spends or try to save money when he/she has more money in his/her hand.

The budget, which increases the non-taxable income limit to Rs5 lakh, will increase the disposable income of people. And, this income, if saved, can be invested in mutual funds or bank deposits or can increase the consumption story of India.  He has done a great job.  The finance minister hasn’t done anything for indirect tax but in case of the direct tax, he has increased the exemption limit to Rs 5 lakh. He also introduced small changes in the exemption. The budget benefits the middle-class. And, farmers with less than two hectares of farming land will be provided with the subsidy from December 1, 2018. These two things are important to increase disposable income and consumption.

Apart from this, the finance minister has announced several schemes. He has allocated Rs19,000 crores to rural roads, which is almost double. I feel road transportation should be strengthened in India and this strengthening will allow people to go into rural India.  Besides, the fiscal deficit which stood at 3.4 per cent has seen a marginal change from 3.3 per cent. I feel, GST will help in increasing the revenue and has reached the mark of Rs1 lakh crores and it will continue to grow.

Q: A lot of things has been announced for the real estate sector in this budget. Let us know about the kind of benefits the announcement will have on the consumer as well as the sector?

Q: Let us know about the type of impact that this budget will have on the country’s economy, corporate India and its market?

A: Everyone will be benefitted from the budget. It will have a multiplier effect, as in, it will boost the industry and sales. It also provides a scope of growth to the SME and MSMEs. Plus, people will either spend or save the money that they have with them.

In addition, the salaried-class will earn a lot of exemption limit has been increased to Rs5 lakh. This means, Rs5 lakh is an exempted level and then they can invest Rs1.50 lakhs in insurance or provident fund, which means the limit goes up to Rs6.5 lakh. In addition, they can also reap the benefits of housing loan and education loan. This addition can take the non-taxable limit to 7-8lakhs. I feel that this budget is quite beneficial for tax-paying middle-class.