IIP for the month of September surprised markets by coming at 3.8% lower than their expectations of 4.2%. 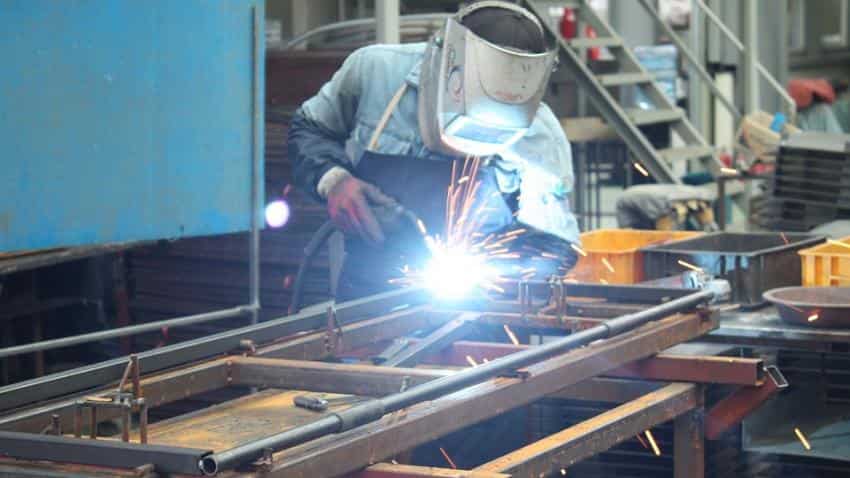 India's industrial production (IIP) or factory output reversed its course in the month of September 2017 and came down to 3.8% compared to 5% growth in the corresponding month of the previous year and 4.3% growth in preceding month.

With this, IIP has missed market expectations which was around 4.2%.

IIP on cumulative basis stands at 2.5% between April - September 2017, lower than the 5.8% growth witnessed in the similar period of the previous year.

Madan Sabnavis, Kavita Chacko and Aditi Khutal economists at Care Ratings said, "The lower than expected growth in industrial output during the month indicates that the festive and post-harvest demand has been rather muted and has not been enough to revive the industrial segment. The unfavorable base effect has also weighed on the growth during the month."

Almost all indicators of IIP saw rise this month.

Manufacturing sector rose to a 10-month high of 3.4% this month, however was yet lower against 6% growth a year ago same period. Within this sector, 11 out of 23 industries group saw positive numbers. This was attributed partly to the post GST led re-stocking.

Capital goods segment output also grew to a 7-month high of 7.4%, The IIP for Sept’17 was weighed down by the consumer durables segment which saw a contraction in growth rates (-5%) .

The trio at Care Ratings said, "The industrial output could see a pickup in October’17, backed by higher festive demand and the waning impact of GST led
disruptions. We expect the growth rate to average to 4-5% for the entire year."

Output of eight core infrastructure sectors slowed down to 4.5 per cent in July: Official data

Important to define freebie and how it is different from welfare expenditure: Experts