The induction of the Rafale fighter jet will be a game changer for India in regional geopolitics of South Asia in so far as Pakistan is concerned. 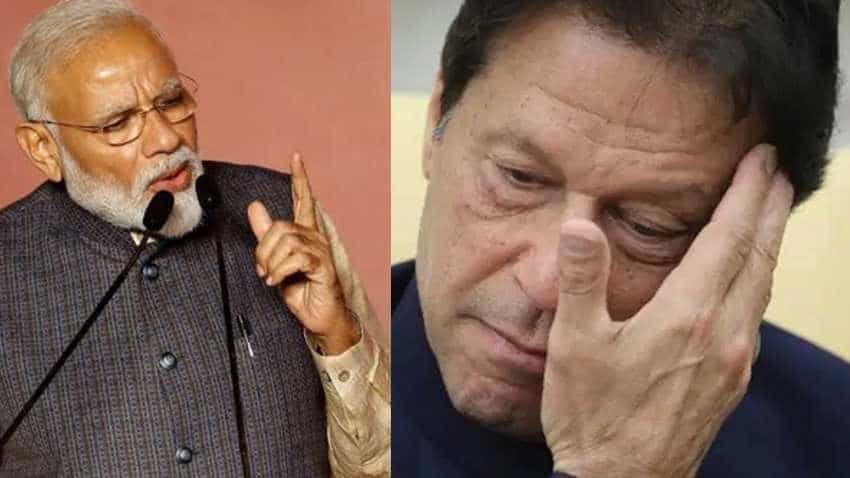 It's a BIG and PROUD DAY for India as Defence Minister Rajnath Singh will ceremonially receive the first of the 36 Rafale aircraft in France on Tuesday. Reuters photos.
Written By: ZeeBiz WebTeam
Edited By: Harish Dugh
RELATED NEWS

It's a BIG and PROUD DAY for India as Defence Minister Rajnath Singh will ceremonially receive the first of the 36 Rafale aircraft in France on Tuesday, even though the combat jet will be seen in Indian skies only in May 2020. The induction of the Rafale fighter jet will be a game changer for India in regional geopolitics of South Asia in so far as Pakistan is concerned, defence experts said, as per an IANS report. Air Chief Marshal R.K.S. Bhadauria had said soon after taking over as air chief on September 30 that induction of the Rafale is going to be a game changer.

Rafale, categorised as a 4.5 generation aircraft for its radar-evading stealth profile, will be a game changer for the Indian Air Force (IAF) since most of the aircraft in its inventory - including the Mirage 2000 and the Su-30 MkI - are classified as either third- or fourth-generation fighters.

"Pakistan has the multi-role F-16 in its inventory. But it is only as good as the Mirage 2000 of India. There is nothing equivalent to the Rafale in Pakistan," retired Air Marshal M. Matheswaran told IANS.

The upgraded version of the Mirage and the Sukhoi 30 can at best reach up to the category of fourth-generation fighters. The indigenously developed Light Combat Aircraft (LCA) Tejas can be categorised as fourth-generation in terms of avionics and technology but it is too small an aircraft to make a difference.

India will only be the fourth country, after France, Egypt and Qatar, to fly the Rafale. But the Rafale cannot be compared with the J-20, an indigenously developed fifth-generation aircraft of China.

The J-20 is soon set to be inducted in large numbers into the People's Liberation Army Air Force of China after it was successfully developed and displayed, said defence sources. The Hong Kong-based English language newspaper South China Morning Post had reported, quoting the Chinese state media, as far back as March 2017 that the PLAAF had inducted the latest stealth fighter J-20.

Besides, China already has over 600 4 to 4.5 generation fighter jets in its air force.

"We have the capability to defend ourselves. But capabilities also include a lot of strategic issues in the global system. The differentials are too much between India and China as far as air power is concerned," added Air Marshal Matheswaran.

China is eyeing to compete with the US

As per defence experts, with its J-20, China is eyeing to compete with the US, which boasts of fifth-generation fighter jets including F-22 and F-35 manufactured by Lockheed Martin.

With both the Bison and non-Bison versions of the MiG 21 also set to be decommissioned soon, the IAF has claimed that it is fully committed to developing the indigenous Advanced Medium Combat Aircraft (AMCA) as replacement. Air Chief Marshal Bhadauria had said in New Delhi last week that "there is no question of imports whatsoever in the foreseeable future".

"The AMCA is a development project and it will be several years before it actually takes off. The project is still on the drawing board. India will have to have a long-term partnership with any leading company of the world in order to develop the AMCA. The partner is not chosen yet," said a top IAF official, on condition of anonymity.