Since March 25, investors have tapped Jet Airways, so much, that it has given nearly 27% return in just three days. 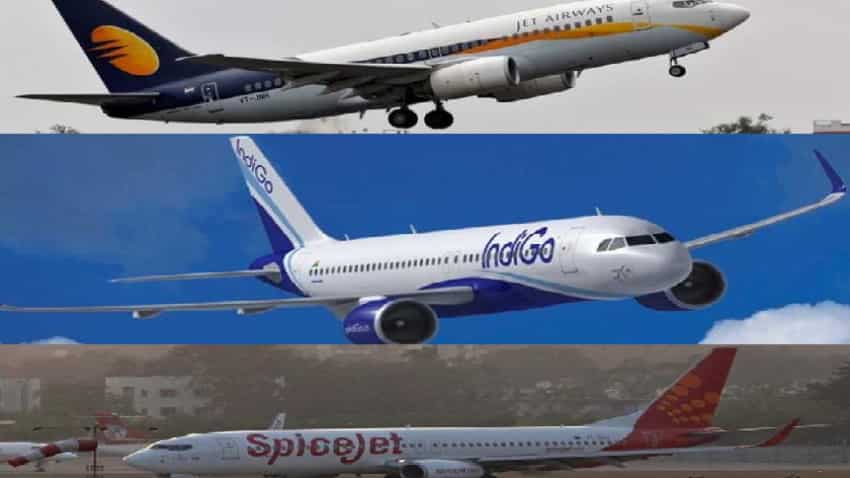 Gains in Jet Airways have been massive compared to SpiceJet and IndiGo. Photo: Reuters

In a span of four days Jet Airways' stock has given better returns than its rivals - SpiceJet and IndiGo. Investor's faith rose in this airline after the board approved consortium of lenders led by State Bank of India (SBI) resolution plan. Under this debt restructuring plan, board approved conversion of debt into 11.4 crore equity shares at a price of Re 1. Apart from this, resignations by Naresh Goyal, wife Anita Goyal and Kevin Knight Etihad Airway’s promoter, as directors of the Company, and induction of two nominee directors of Lenders. Additionally, Naresh Goyal will also cease to be the Chairman of Jet Airways.  Thereby, since March 25, investors have tapped Jet Airways, so much, that it has given nearly 27% return in just three days.

However, on Thursday, the trend reversed. Jet Airways share on Dalal Street saw correction in their price as after touching an intraday low of Rs 267.55, it finished at Rs 269.35 per piece down by 2.81% on Sensex. On the other hand, SpiceJet share price surged by 3.43% ending at Rs 99.60 per piece on Sensex, while Interglobe Aviation (Indigo) share price jumped by 2.93% finishing at Rs 1,441.35 per piece.

Still, the gains in Jet Airways have been massive compared to SpiceJet and IndiGo. If we take current negative trend, Jet Airways has still given over 22% return in 4 days while the rivals have just picked up by nearly 5% each in these days. This raises the question whether Jet Airways has actually become a better pick than its rivals.

Paarth Gala, analyst, Prabhudas Lilladher said, “ Recent disruptions in the form of grounding of Jet Airways fleet due to financial crisis and safety concerns of Boeing 737 Max has led to capacity pangs thereby stirring up air fares. We believe that LCCs will be most benefited from any increase in yields due to their inherent cost advantage.”

On Jet Airways share, Mustafa Nadeem, CEO, Epic Research stated that, overall scenario is still worst in Jet Airways. He added, “Firstly, the debt on the company is around whopping 8000 Cr. With that company has to meet its operational cost every day. Then we are seeing reduced capacity already in the airlines and it IOS also taking a toll on the financials of the company.”

Nadeem said, "Investors should not be fascinated with these news and get in to herd mentality and purchase stocks looking as a cheap bargain. Rather the time belongs to quality stocks with visible earnings.”

"There may be some short term bounce that can happen and take stock to the area of 290-300. But this is only for a short period of time and only as a trading perspective and not longer term investment. Point of inflection for this would be placed at 235," he added.