On December 13, Jaitley had hinted at making tax rates mores "reasonable" post demonetisation as more money coming into the system. 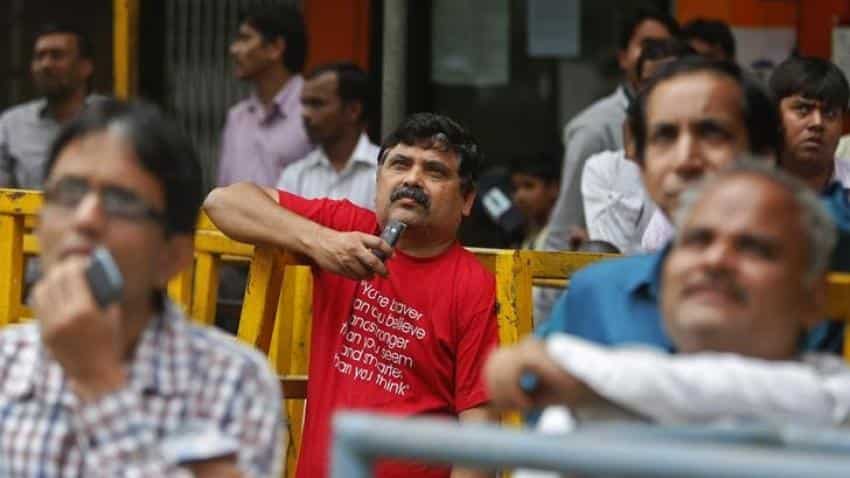 Though the markets have regained and is currently hovering around 8400-mark and above. Photo: Reuters
Written By: ZeeBiz WebTeam
RELATED NEWS

In the past two months domestic markets have erased gains made during the year due to sudden ban of Rs 500 and Rs 1000 notes, or demonetisation.

Following the decision, though the markets have regained and is currently hovering around 8400-mark and above, investors are eyeing Union Budget to give markets another push.

Commenting on the pre-budget expectation, Raghu Kumar, Director, Upstox, said, "We are expecting a pre-budget rally with the hopes that the government would do its bit to boost demand in the economy after demonetisation derailed the growth momentum. In my opinion this budget is based more on sector wise incentives/subsidies rather than a broad economic impact."

"Technically, Nifty gave good breakout today above 8470 level, next resistance seen at 8500 then 8600. Investors are advised to buy dip on strategy," Kumar added.

Amit Goenka, Analyst of Multibaggerstocks, expects that medium-term resistance levels for Sensex and Nifty may be broken if the budget is strong. The level for Sensex will be 28,250 and for Nifty will be 8,750.