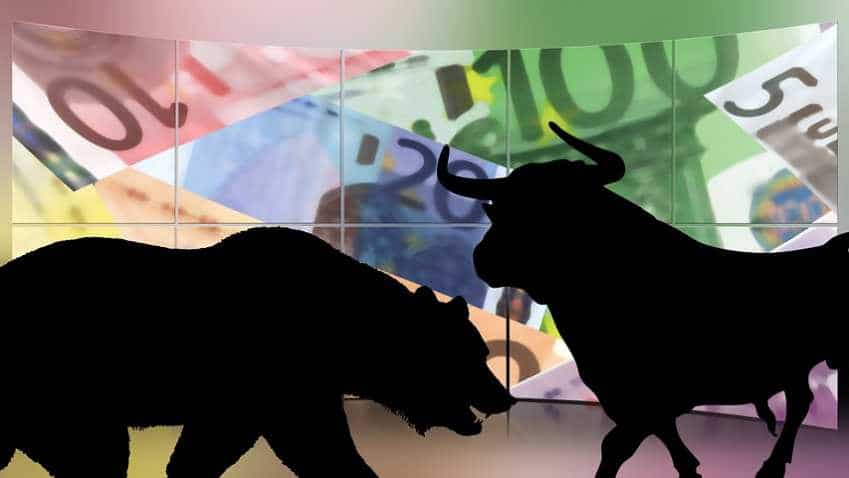 Indian markets saw a massive fall in the opening session today, as BSE Sensex tumbled over 561 points to 35112.10 in early morning trade and Nifty at 10520.75, lower by 172.95 points or 1.62% at around 0935 hours. Such performance was due to drop witnessed in global peers and also on the back of exit polls - state elections results will be announced tomorrow.

As per the reports of Reuters, Global stocks extended their slump on Monday, with U.S. equity futures and Asian shares sliding on worries over slowing growth and fears that a fresh flare-up in tensions between Washington and Beijing could quash chances of a trade deal.

As per Madhavi Arora, Economist, FX & Rates of Edelweiss Securities Ltd, markets are likely to remain on the edge ahead of the state elections result on Dec 11, especially as the exit polls presented a confused picture in MP and Chattisgarh. This, in conjunction with surprise breakthrough in OPEC+ production cut has lent renewed support to Brent which would weigh on INR and India bonds.

Additionally, in Arora's view the fate of Brexit parliamentary vote on Dec 11 would add another layer of uncertainty in FX space globally. While the outcome of India' s state elections would decide near term direction of the rupee, we remain watchful of unwinding of global events, including that of the US FOMC Dec policy, which could see Fed further reinstating data dependency-led reaction function ahead.

Also, Arora said, "this could weaken USD at the margin, it may also mean more volatility in 2019 and may not necessarily be a good thing for risk assets, including INR assets. Besides, risk of a global slowdown (emanating from or including US) could actually make USD a contracyclical bet in FX space, despite a more dovish Fed in 2019."