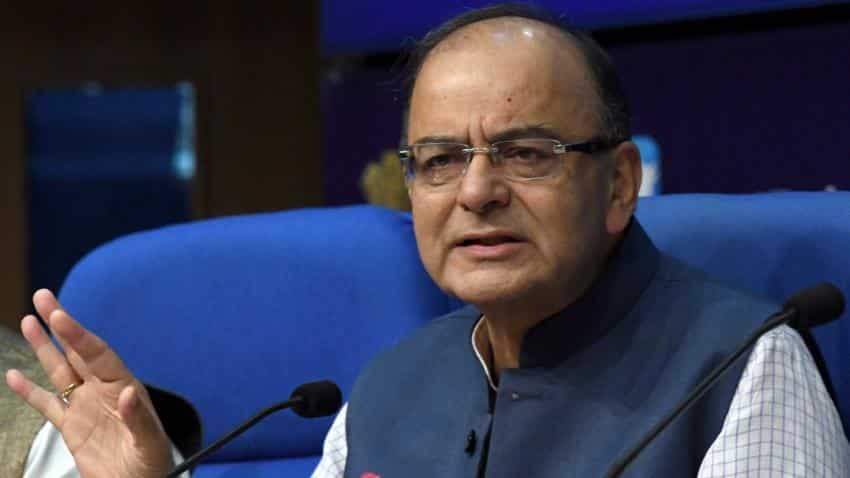 All of us have a personal story to narrate on how demonetization changed our lives. Who can forget the once in a lifetime announcement by Prime Minister Narendra Modi on  November 8, 2016. On the first anniversary of Demonitiozation, Finance Minister Arun Jaitley spoke exclusively to Zee Business on why demonetization was an important step needed for the betterment of the country.

Excerpts from the exclusive interview.

Question: Sir, a year ago, we as a network appreciated the move of demonetization by terming it as a war against black money. After one year of demonetization, there are parties who are trying to observe its anniversary as a black day while some other parties are still figuring out what mistakes were made in its implementation or execution. What is your take on their perception?

Answer: Every structural reform has side effects but it also boosts the economy. Undoubtedly, people will take some time to understand this transformation. If you recall even Dr. Manmohan Singh was criticised initially by few members of his own party for the reforms of opening up the economy in 1991. The move of inviting FDI in India was also criticised initially. Similarly, demonetization is also a game changer and will bring a big change in the economy of India.

Question: The former Prime Minister of India Dr. Manmohan Singh, who is an economist and former governor of the RBI, has termed the move as an organized loot. What is your take on it?

Answer: For me, loot means theft of something. Theft in Common Wealth Games, 2G and coal blocks can be an example of the word loot. But I don't feel that asking people to deposit their taxes can be termed as a loot. Terming demonetization as a loot is an insult to the word 'loot.'

Question: Rahul Gandhi is trying to milk the situation in Gujarat. In the recent past, he tweeted a picture of a crying person. Later it was discovered that the person in question, named Nandlal, said that he never opposed demonetization. He was crying due to the pains that he had in his legs, not due to demonetization. What is your take on such incidents/tweets?

Answer: What can you expect from such unethical people. One or two such examples will not allow us to change our theory that stands on ethics. I would like to ask a question, and that is, should India be a cash-dominated economy or should it be an ethical and tax paying economy? I feel if parents will start paying school fees via cheques or in digital mode, schools start paying teachers through cheques or digitally, payments to labourers are made digitally instead of being handwritten then this will be the change and boost for the economy.

Question: Demonetization is being milked as a bad move ahead of the Gujarat Elections by the opposition in the state that has a huge concentration of traders and SMEs. What is your take on this?

Question: No other government can boast of two such tectonic reforms like demonetization and GST within six months of each other. Despite this, the economy has shown remarkable progress and growth is returning. What is your assessment of the same?

Answer: It is very clear that GST did impact growth in the first quarter as manufacturing went down to 1.3%, production as at a standstill and old stocks pre GST rate was being sold. But with the earnings improvement in the second quarter, we have seen a positive growth in PMI, IIP, core sector and auto sales.

Question: There have been some question marks raised over the World Bank rankings as well. People have questioned the authenticity of India's rise.

Answer:  I think that is a meaningless argument. The government has made all taxation online now and that is why we have got a jump of 53 points. We have expanded the provisions of insolvency resolutions in the country and that is why we have jumped 33 points. There are a few criteria where our rankings have not improved that we will endeavour to improve in.

Question: It is now one year after demonetization. Is it safe to assume that after another year we will see the Indian economy perform at its peak? Job growth and credit off taking remain two big challenges for the economy.
Answer: There are two aspects to this- credit growth and global growth. I believe that we are yet to come to an optimum growth level because private investment is yet to pick up. We already have a robust banking system, public spending and good inflows of FDI to support private investment.

Question: The voices on Dalal Street say that the Indian market has been one of the best-performing markets globally despite the two reforms. We are at the top when it comes to the emerging markets. But all eyes are on the verdict of the Gujarat elections. If there is an upset, there may be a bubble burst.

Answer: The two are not connected. Banks were flushed with money deposited after demonetization which then, in turn, was lent to people. People also started investing in the market through mutual funds and that's why we see markets at a high.

Question: What is your view on the banking system currently? Investment banks like Morgan Stanley have stated that government should swiftly reduce its stake in banks to 26%.

Answer: The government is currently focusing on reducing its stake to 52%. This is the roadmap that the government has indicated and will be sticking to.