Escorts' shares drop over 8% in 4 days - Rakesh Jhunjhunwala impacted | What's the road ahead?

Among many stocks, Escorts is also top wealth creator for the 'Warren Buffett of India'. 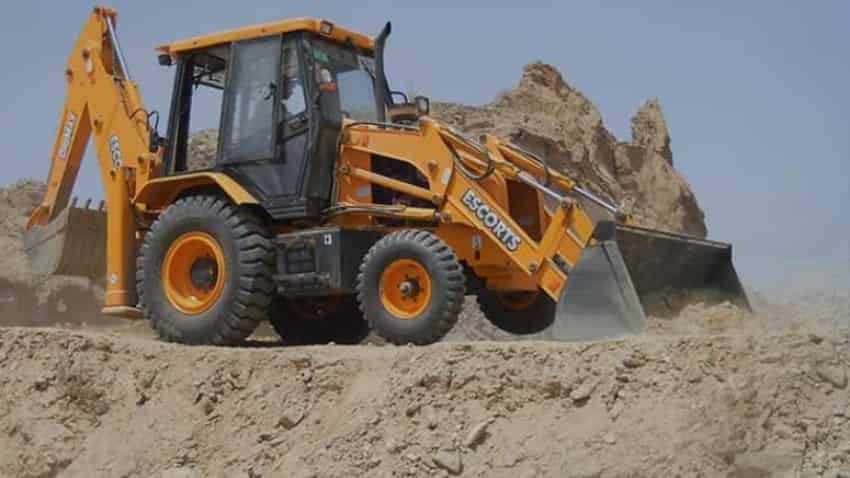 Experts are seeing this monsoon to set course for Escorts ahead. Photo: Escorts Official Website

On Thursday's trading session, the share price of Escorts dropped over 3% after touching an intraday low of Rs 609.55 on Sensex. At around 1311 hours, Escorts was performing at Rs 609.60 per piece down by Rs 19.05 or 3.03% on the index. Interestingly, in a span of 4 days, Escorts has plunged by over 8%, impacting investors like 'Warren Buffett of India' Rakesh Jhunjhunwala's kitty. Among many stocks, Escorts is also top wealth creator for the big bull. However, currently experts are of two opinion on whether one should buy or sell Escorts shares. Also, experts are seeing this monsoon to set course for Escorts ahead.

Raghunandhan N L and Mumuksh Mandlesha analysts at Emkay said, "We reduce FY20/21 EPS estimates by 2%/1% to Rs58.8/Rs56.4, led by increase in depreciation and interest cost assumptions. After the cut, revenue/earnings CAGR is expected at 6%/1% for FY19-21E. We maintain Hold rating on the stock with a TP of Rs660, valuing it at 12x adjusted FY20E EPS (excluding treasury shares). Key downside risks to earnings estimates include deficient monsoons, higher competitive intensity, and adverse commodity/currency price movement."

Talking about monsoon, Mitul Shah, Research Analysts here said, " Lower water reservoir level led by monsoon deficit would have a negative impact on agri output in FY20E and resultantly would impact the tractor volume across regions. Though non-agri usage of tractors would drive the volume to some extent, it would not be sufficient to compensate the expected fall in agridriven tractor demand. Moreover, as we also expect similar downturn for construction equipment segment, we reduce our volume growth estimate for FY20E and FY21E."

On market share, Shah believes that ESC would continue to gain market share in 1HFY20E supported by its product strength, marketing strategy and favourable geographic-mix. However, post-2019 monsoon,  expect the other Western and Southern geographies (weaker markets of ESC) would bounce back strongly and resulting into challenge for its market share expansion, while M&M would regain lost market shares. Also expect that competitive intensity would increase due to higher inventory, which would further increase the pricing pressure. We believe that higher RM cost and wage inflation coupled with limited pricing power would lead to ~80bps contraction in ESC’s margin to 11% over FY19-FY21E.

Hence, Shah added, "In view of likely down-turn for tractor industry, slowdown in construction equipment segment along with poor visibility on tractor volume performance, we reiterate our REDUCE recommendation on ESC with a revised Target Price of Rs600 (from Rs760 earlier), valuing it at 11.5x FY21E EPS."

Hitesh Goel, Nishit Jalan and Rishi Vora analysts here said, "We have cut our FY2020-21E EPS estimate by 7-8% led by lower revenue and EBITDA margin assumptions. We believe Escorts is well-placed to benefit from the strong tractor demand and market share gain. However, monsoon will play a crucial role in the near term. Strong growth in construction and railway has also aided in improvement in margin in these two businesses. We have reduced our fair value to Rs 1,000 (from Rs 1,050) as we value the stock at 15X on March 2021E EPS. The stock trades at 9.7X on FY2021E EPS, which we believe is inexpensive due to strong earnings growth (11% CAGR) over FY2019-21E. Maintain BUY rating. "

The ace investor has stayed heavily invested in Escorts since December 2015.