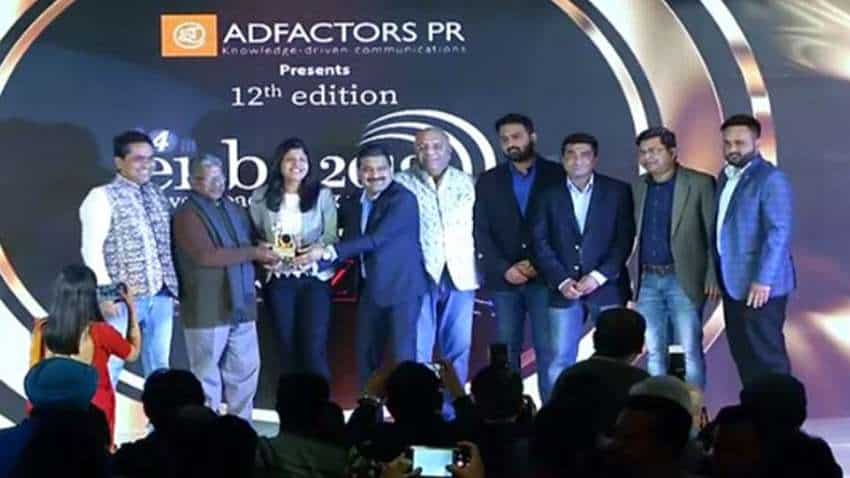 India's top business news channel Zee Business bagged 6 awards at the News Broadcasting Awards 2019 (ENBA 2019) on Saturday. The 12th edition of ENBA news broadcasting awards was held on 22 February 2020. First introduced in 2008, ENBA has been recognising talents in the field of news broadcasting and rewarding them for their contributions.

The awards were given in six broad categories – Programming, Personality, Marketing, Digital Media, International news and Overall Excellence – which are furthered divided into sub-categories. Names of contenders are selected strictly on the basis of nomination.

Zee Business was awarded as the runner-up in the Business News Channel of the Year (Hindi) category.

Other awards bagged by Zee Business were:

-- Winner in the Best Coverage on Social Issue category for 'Kya Aapka Bank Deposit Safe Hai?' - This one-time 30-minute show was anchored by Zee Business Managing Editor Anil Singhvi in October 2019. The channel once again became a change agent to bring about strict rules and regulations after the closure of banks including Punjab & Maharashtra Co-operative Bank (PMC), to protect investors' hard-earned monies.

-- Winner in the Best Coverage on Auto Sector category for 'Zeegnition' - This show is hosted by Executive Editor Swati Khandelwal on Tuesday at 4:30 pm. The show has created its niche in the automobile space with most relevant in-depth reviews, handy tips, launch stories and scoops.

-- Runner-up in the Best use of Technology by a news channel: (AR/VR/AI) category for 'Mitri' - This one-time show was aired in March 2019 where a Robot named Mitri anchored a show along with Zee Business Managing Editor Anil Singhvi. In this first of its kind show, the viewers were in awe of the lady robot after seeing her shaking hands, listening to conversations and even asking questions.

-- 2nd runner-up in the Best Business Programme category for 'First Trade' - The power-packed show is the most preferred Opening Market Show for traders in Hindi Business News. The show timings are from 8:56 am to 9:56 am.