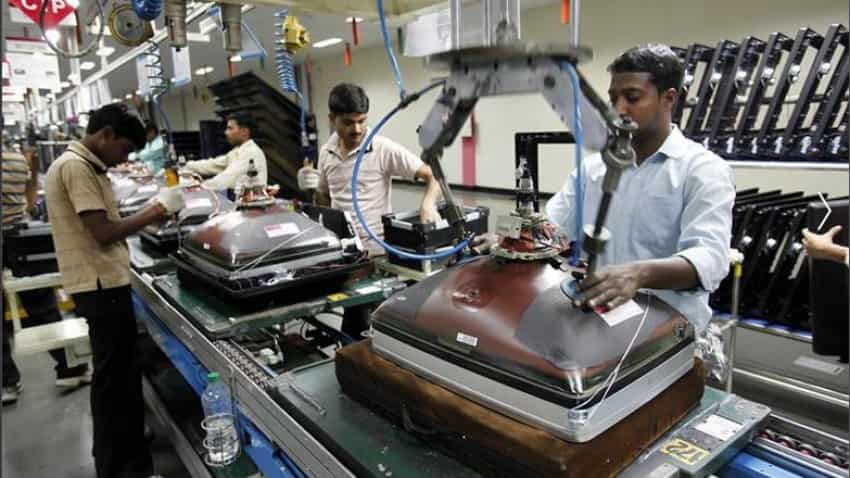 Electronics and IT Secretary Ajay Prakash Sawhney, emphasised on the need to manufacture printed circuit board (PCB) assemblies within the country and reduce import dependence
Written By: PTI
Edited By: ZeeBiz WebTeam
RELATED NEWS

"Elcina predicts that the Indian EMS industry will gallop from USD 23.5 Bn in 2019-20 to USD 152 Bn by 2025. This effectively means that it has the potential to grow from less than 3 per cent of the global industry to about 14 per cent within 5 years," the Electronic Industries Association Of India (Elcina) said in a statement.

Electronics and IT Secretary Ajay Prakash Sawhney, while releasing the 'EMS Task Force Report' by Elcina, emphasised on the need to manufacture printed circuit board (PCB) assemblies within the country and reduce import dependence.

Sawhney mentioned that there was a huge opportunity in products such as servers, laptops and tablets and encouraged the industry to take up these high value and large volume products, the statement said.

Elcina EMS Task Force Chairman Sanjiv Narayan underlined the importance of support to the sector for expanding its reach into export markets, which are largely controlled by China and Vietnam.

China exports USD 685 billion of electronics to the world. India has set a target of USD 100 billion exports of mobiles alone by 2025, which is possible with the support of the production-linked incentive (PLI) scheme, Elcina said.

"This would mean that India would serve 25 per cent of the global mobile market which was estimated to be valued at USD 415 billion in 2025," the statement said, adding that similar support for non-mobile EMS exports would enable India to make a mark in the world market.

It is estimated that there are almost 700 EMS players in India, including 100 global companies and 600 domestic.

"EMS is the key link between components and finished equipment. All major OEM's are keen to develop alternative sources to prevent uncertainty and supply chain disruptions.

"Covid has taught us not to depend on a single source. India is well placed to service this market which has grown exponentially with the enhanced role of EMS in electronics manufacturing," Elcina Secretary General Rajoo Goel said.