Electoral Bonds Controversy: The Supreme Court today refused to stay the electoral bonds scheme of the government and put the matter for a further hearing later. 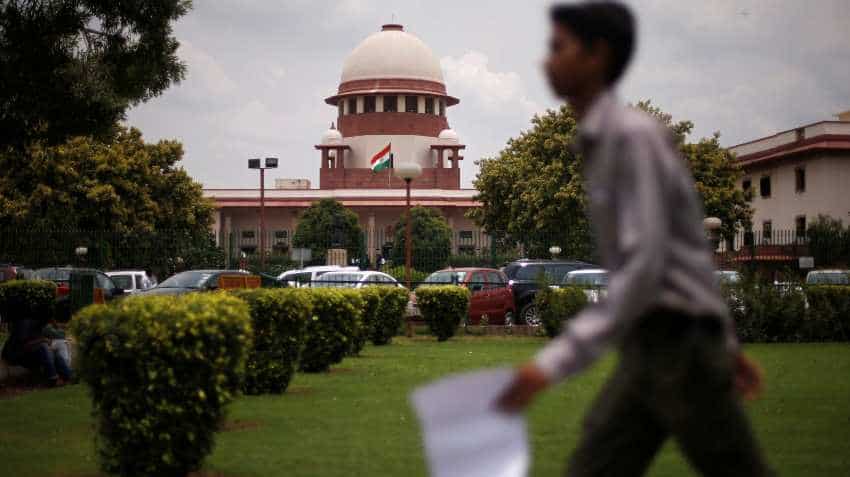 A man walks inside the premises of the Supreme Court in New Delhi. Image: Reuters
Written By: ZeeBiz WebTeam
RELATED NEWS

Electoral Bonds Controversy: The Supreme Court today refused to stay the electoral bonds scheme of the government and put the matter for a further hearing later. The apex court said in an interim order Friday that the electoral bonds will continue. However, political parties have been asked to submit details of donations they have received through electoral bonds to the Election Commission by May 30. The SC order came days after petitioners demanded the top court to either stay the scheme or provide some transparent alternative for funding of the political parties.

While hearing the case on Thursday, the top court had observed that the efforts of the government to curb black money would be "futile" if the identity of the buyers of electoral bonds is not known.

Why controversy over electoral bonds

An NGO has challenged the legality of electoral bonds. It has asked the top court to either stay the electoral bonds or make the name of the buyers public to ensure transparency in the election proces

The Centre has been supporting the scheme, saying it is aimed at eliminating the use of black money in politics and asked the top court to not interfere in the matter at this stage and assess its effect only after the elections.

The electoral bond scheme was notified by the government in 2018. The Ministry of Finance had said in a statement in March 2018, "As per provisions of the Scheme, Electoral Bonds may be purchased by a person, who is a citizen of India or incorporated or established in India. A person being an individual can buy Electoral Bonds, either singly or jointly with other individuals."

"Only the Political Parties registered under Section 29A of the Representation of the People Act, 1951 (43 of 1951) and which secured not less than one per cent of the votes polled in the last General Election to the House of the People or the Legislative Assembly of the State, shall be eligible to receive the Electoral Bonds. The Electoral Bonds shall be encashed by an eligible Political Party only through a Bank account with the Authorized Bank," it had added.