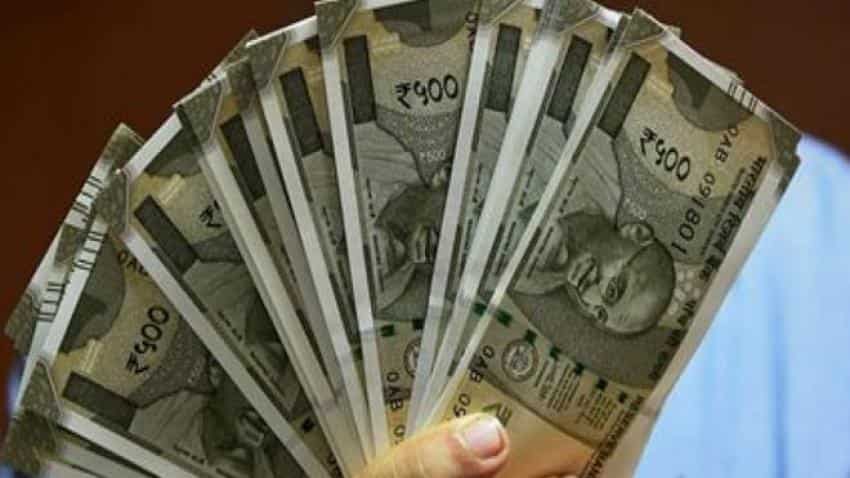 However, FY19 is likely to see more than 25% expansion in GST collections, Edelweiss said in a report. Image source: PTI
Written By: ZeeBiz WebTeam
RELATED NEWS

Fiscal deficit in FY18 is likely to be at 3.4% of the gross domestic product (GDP) against the Budget estimate of 3.2%, a report said.

The  indirect taxes are likely to witness a shortfall to the tune of Rs 222 billion (2.6%), driven by subdued goods and services tax (GST) collections in FY18.

However, FY19 is likely to see more than 25% expansion in GST collections, Edelweiss said in a report.

Accurately forecast the GST revenue remains a challenge due to the nature of taxes structure and regular changes to the tax rates.

Continuing of path of fiscal discipline, the government is set to utilise its accumulated goodwill of fiscal discipline by missing its FY18 estimates. If it choose to meet its FY18 number by the way of delaying subsidy payments the FY19 number of 3% appears challenged. However a 20 basis points slip for FY19 would likely be growth positive and would still appear to be in line with broader discipline, the report said.

The government may opt to increase revenue expenditure and maintain its pace of capital expenditure. Schemes like MNREGA, interest subsidy for crop loans, rural and affordable housing, fertiliser subsidy and allocation to rural economy are expected to be major focus areas.