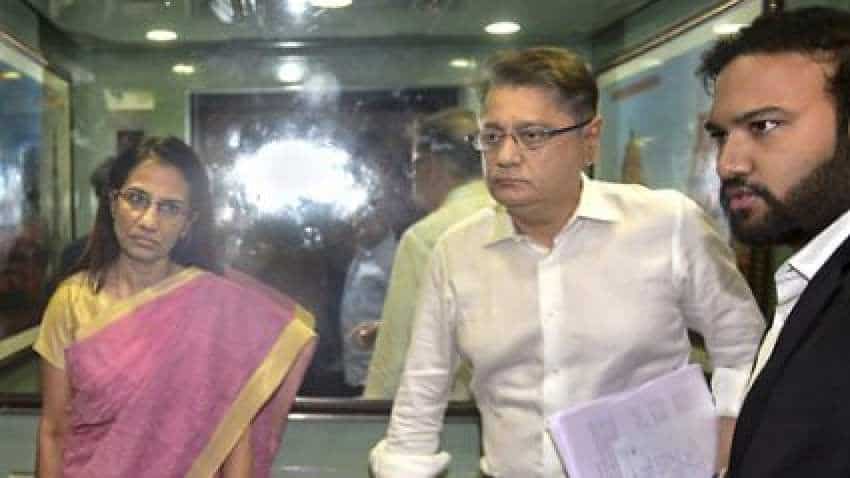 ED asked the Kochhars about their business delaings with the Videocon chairman Venugopal Dhoot and also about the financial transactions that took between them. Photo: PTI
Written By: IANS
RELATED NEWS

The Enforcement Directorate (ED) on Monday questioned former ICICI Bank MD and CEO Chanda Kochhar and her husband Deepak Kochhar for over nine hours and asked them to appear again on Tuesday in connection with its ongoing investigation into Rs 1,875-crore Videocon loan case.

The Kochhars arrived at the ED headquarters in south Delhi`s Khan Market area around 10.35 a.m. They left the financial probe agency`s office at 7.40 p.m.

A senior ED official told IANS, "We have asked them to come tomorrow again for questioning."

The agency officials asked the Kochhars about their business delaings with the Videocon chairman Venugopal Dhoot and also about the financial transactions that took between them.

The case is related to the alleged irregularities and corrupt practices in the sanction of a Rs 1,875-crore loan disbursed by ICICI Bank to the Videocon Group during 2009 and 2011. The ED got clues about an illegal transaction running into crores of rupees routed to NuPower, a company run by Deepak Kochhar.

The Kochhars were questioned on many occasions last month in Mumbai. This is their first appearance before the ED in Delhi.

In March, the ED had conducted a series of searches at the residence and office premises of Kochhars as part of its investigations and also questioned them along with Videocon Group promoter Venugopal Dhoot.

Allegedly, Dhoot had invested in NuPower Renewables Ltd through his firm Supreme Energy as quid pro quo for loans cleared by the ICICI Bank under Chanda Kochhar.

The bank proceeded to declare the Rs 2,810 crore of unpaid loan as non-performing asset (NPA).