The economic survey is presented by the Chief Economic Adviser, in this case, Arvind Subramanian. 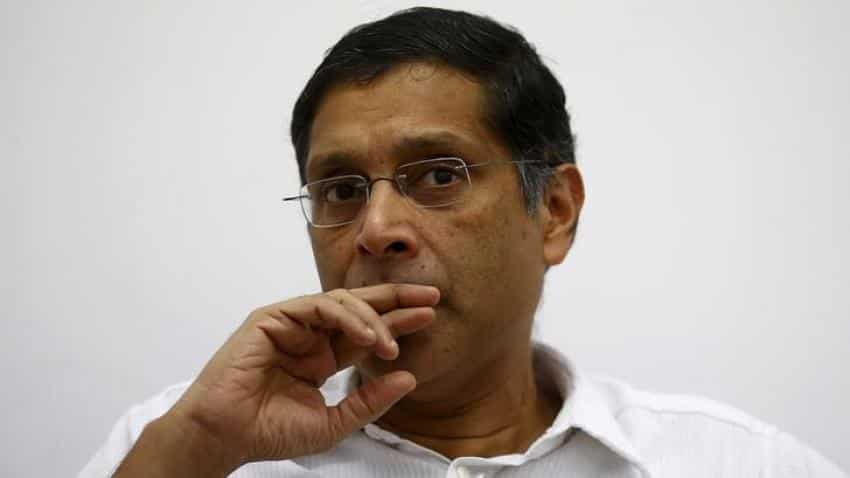 The economic survey is presented by the Chief Economic Adviser, in this case, Arvind Subramanian. Pic: Reuters
Written By: ZeeBiz WebTeam
RELATED NEWS

The government has tabled the second volume of Economic Survey 2016-17 at the parliament on Friday August 11, 2017.

It said, "The Survey notices a rekindled optimism on structural reforms in Indian economy. Various factors such as launch of the GST; Positive impacts of demonetization; decision in principle to privatize
Air India; further rationalization of energy subsidies and Actions to address the Twin Balance Sheet (TBS) challenge contribute to this optimism."

The economic survey is presented by the Chief Economic Adviser, in this case, Arvind Subramanian.

The document said that a growing confidence that macro-economic stability has become entrenched is evident because of a series of government and RBI actions and because of structural changes in the oil market have reduced the risk of sustained price increases.

Tabling of the survey was scheduled earlier but was delayed as the government wanted CEA to tone down his criticism of the Reserve Bank of India (RBI) on rate cuts. Business Standard said, "The tabling of the survey has been delayed as some sections in the top rung of the government had objected to Chief Economic Advisor Arvind Subramanian’s strong criticism of the Reserve Bank of India’s six-member Monetary Policy Committee’s inflation modelling and monetary policy decisions. Some changes have been made to the document, it is understood."

The second volume of the economic survey will have extensive comments on demonetisation, farm loan waivers, macroeconomic data and interest rate cuts by the RBI and Monetary Policy Committee.

Moneycontrol said, "The second volume, which will be presented as a standalone document in Parliament containing large data sets on a range of macroeconomic metrics updated till March 2017, will also likely articulate the benefits of goods and services tax (GST) that kicked-in from July 1, giving an insight into its impact on prices and businesses that will play out over months in an economy characterised by multiple pain points."

However the Survey cautions that anxiety reigns because a series of deflationary impulses are weighing on an economy, yet to gather its full momentum and still away from its potential. These include: stressed farm revenues, as non-cereal food prices have declined; farm loan waivers and the fiscal tightening they will entail; and declining profitability in the power and telecommunication sectors, further exacerbating the TBS problem.