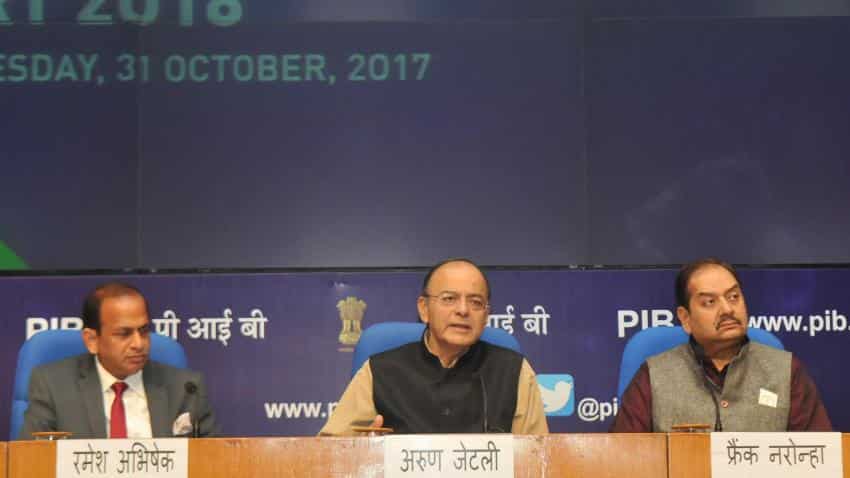 The World Bank on Tuesday said that India's ranking on the Ease of Doing Business rose 30 spots to stand at 100th position for the first time ever.

World Bank said, "India for the first time moved into the top 100 in the World Bank’s Ease of Doing Business global rankings on the back of sustained business reforms over the past several years."

It further said that India became one of the 10 countries to improve their rankings this year having implemented reforms in 8 out of 10 indicators for the ranking.

"India is the only large country this year to have achieved such a significant shift," World Bank said,

Out of the 37 reforms that India implemented since 2003, nearly half of those were implemented in the last four years, the report further added. Prime Minister Narendra Modi-led NDA government rose to power in 2014 with an absolute majority in Lok Sabha giving his government room to enforce business and economic reforms.

The report, however, also highlighted areas where India currently lags.

It said, While there has been substantial progress, India still lags in areas such as Starting a Business, Enforcing Contracts, and Dealing with Construction Permits. In fact, the time taken to enforce a contract is longer today, at 1,445 days, than it was 15 years ago (1,420 days), placing the country in 164th place in the global ranking on the Enforcing Contracts indicator"

"In Starting a Business, India has reduced the time needed to register a new business to 30 days now, from 127 days 15 years ago. However, the number of procedures is still cumbersome for local entrepreneurs who still need to go through 12 procedures to start a business in Mumbai, which is considerably more than in OECD high-income economies, where it takes five procedures on average,"  it said.

Dealing with construction permits: India reduced the number of procedures and time required to obtain a building permit by implementing an online system that has streamlined the process at the Municipality of New Delhi and Municipality of Greater Mumbai.

Getting credit: India strengthened access to credit by amending the rules on priority of secured creditors outside reorganization proceedings and by adopting a new law on insolvency that provides a time limit and clear grounds for relief to the automatic stay for secured creditors during reorganization procedures. This reform impacts the data for both Mumbai and Delhi.

Protecting minority investors: Protections for minority investors were strengthened by increasing the remedies available in cases of prejudicial transactions between interested parties. This reform applies to both Delhi and Mumbai.

Paying taxes: In both Delhi and Mumbai, paying taxes was made easier by requiring payments to the Employees Provident Fund to be made electronically, and introducing administrative measures that make it easier to comply with corporate income tax regulations.

Trading across borders: In Mumbai, reducing the time taken to comply with import regulations at Nhava Sheva port made it much quicker to trade across borders. In Delhi and Mumbai, the elimination of merchant overtime fees and the increased use of electronic and mobile platforms reduced the time taken to comply with both export and import regulations.

Enforcing contracts: In both Delhi and Mumbai, the introduction of the National Judicial Data Grid made it possible to generate case management reports on local courts, thereby making it easier to enforce contracts.