Earthquake Alert: The entire Himalayan arc is poised to produce a sequence of great earthquakes, and the next big quake -- of the magnitude of 8 or above -- may occur during our lifetimes, according to a study reviewing geological, historical, and geophysical data 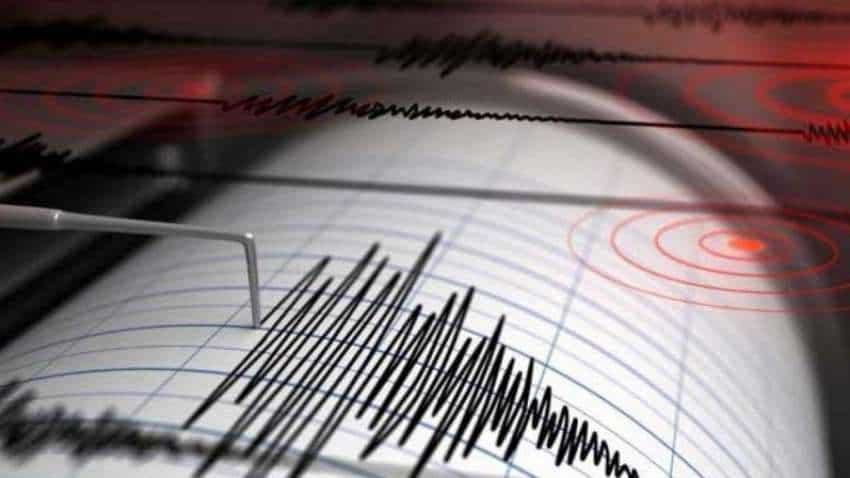 The human toll of such an event in the densely populated countries across the arc is likely to be unprecedented, the researchers said. Source: PTI
Written By: PTI
Edited By: ZeeBiz WebTeam
RELATED NEWS

Earthquake Alert: The entire Himalayan arc is poised to produce a sequence of great earthquakes, and the next big quake -- of the magnitude of 8 or above -- may occur during our lifetimes, according to a study reviewing geological, historical, and geophysical data.

The human toll of such an event in the densely populated countries across the arc is likely to be unprecedented, the researchers said.

The study notes that the sequence of future Himalayan earthquakes could be similar to the great earthquakes that occurred in the twentieth century along the Aleutian subduction zone, which extends from the Gulf of Alaska to Kamchatka in Russian Far East.

"The entire Himalayan arc extending from the eastern boundary of Arunachal Pradesh (India) in the east to Pakistan (in the west) has in the past been the source of great earthquakes," study author Steven G. Wesnousky told PTI.

"These earthquakes will occur again and scientifically, it would not be a surprise if the next great earthquake occurred in our lifetimes. But the resolution of our studies is at best on the order of 100 years, longer than a human lifetime," said Wesnousky, a professor of geology and seismology and director of the Center for Neotectonic Studies at the University of Nevada at Reno, US.

"The research is a comprehensive review of paleoseismological studies of past Himalayan earthquakes and a forecast of the future events based on the findings," said Mitra, a professor in the department of Earth sciences at the Indian Institute of Science Education and Research (IISER) Kolkata.

"The Himalayan faults, as shown in the paper, are poised to produce an 8-plus magnitude earthquake. So yes, we are staring at a big one in the future. How far from now no one can tell," Mitra, who was not involved in the study, told PTI.
Prior studies have examined the rate of strain accumulation that is occurring along the Himalayan arc from satellite observations.

In the latest study, the timing and size of most recent prehistoric earthquakes were defined from geology.

The methodology directly applies geologic principles to defining the past size and timing of earthquakes recorded by sediments broken and deformed by earthquake offsets at sites along the length of the Himalayan Frontal Thrust, Wesnousky said.

Satellites can help in finding the location of active earthquake faults but unable to provide any information on the past timing and size of earthquakes on those faults, he said.

"These observations taken together are telling us that sufficient strain has accumulated along virtually the entire arc to again produce great earthquakes as we observe in the geologic record," Wesnousky explained.
Major cities along and close to the Himalayan frontal thrust include Chandigarh and Dehradun in India; and Kathmandu, Nepal.

Strong and damaging shaking in such great quakes could extend southward as far as India's capital, Delhi, one of the largest cities in the world with a population of more than 11 million, Wesnousky added.

North India has witnessed many earthquakes of small magnitude in the past four months, raising popular speculation about a big one in the region.

However, he said, scientists have yet to find a systematic relationship between the occurrence of small earthquakes and the timing of greater earthquakes in the future.

"These small earthquakes are thousands of times smaller than the great earthquakes we are studying," he said.