e-NAM Scheme: The Centre is providing free software and assistance for related hardware including quality assaying equipments and creation of infrastructure like cleaning, grading, sorting, packaging and compost unit etc, he said. 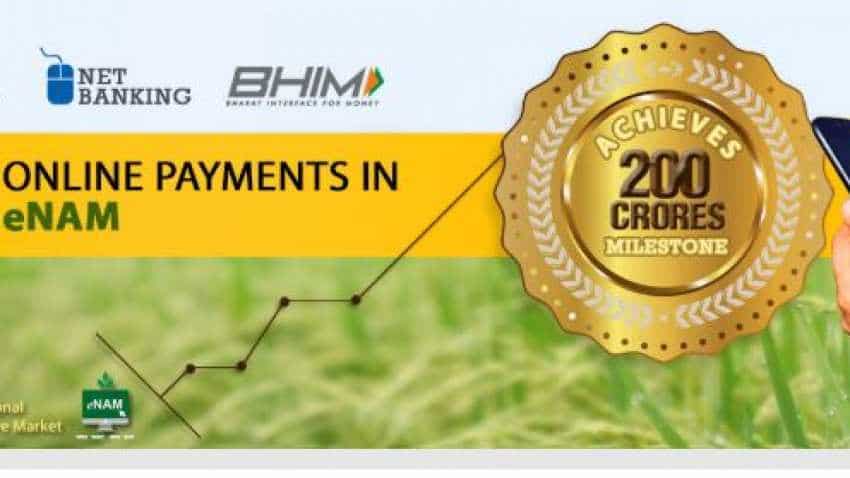 e-NAM Scheme: The National Agriculture Market (e-NAM) Scheme, which was launched on April 14, 2016 to create an online transparent competitive bidding system to facilitate farmers with remunerative prices for their produce, has so far integrated 585 wholesale regulated markets of 16 states and two Union Territories (UTs) with e-NAM platform, said Union Agriculture Minister Narendra Singh Tomar in a written reply to the Lok Sabha today. Other key highlights of his statement were:

2. According to the statement, though there were some initial opposition from traders in few local mandis, respective local APMC authorities have promoted e-NAM through various approaches such as creation of awareness, training and motivation to stakeholders an regulatory changes to address the issues of traders for smooth implementation of e-NAM.

3. He also informed the house that as per second India Metrological Department (IMD) long range forecast, released on May 31, 2019, rainfall over the country as a whole for the year 2019, South-West Monsoon Season (June to September) is likely to be normal.

5. Mobile application has been enhanced for ease of transaction and e-trading, the minister said, adding that close monitoring of the progress through meeting at various levels and visits of the officers to e-NAM mandis is carried out.

6. The Centre is providing free software and assistance for related hardware including quality assaying equipments and creation of infrastructure like cleaning, grading, sorting, packaging and compost unit etc, he said.

7. Under this scheme, various training and awareness programmes are conducted for farmers, traders and other stakeholders for successful implementation of e-NAM, he added.