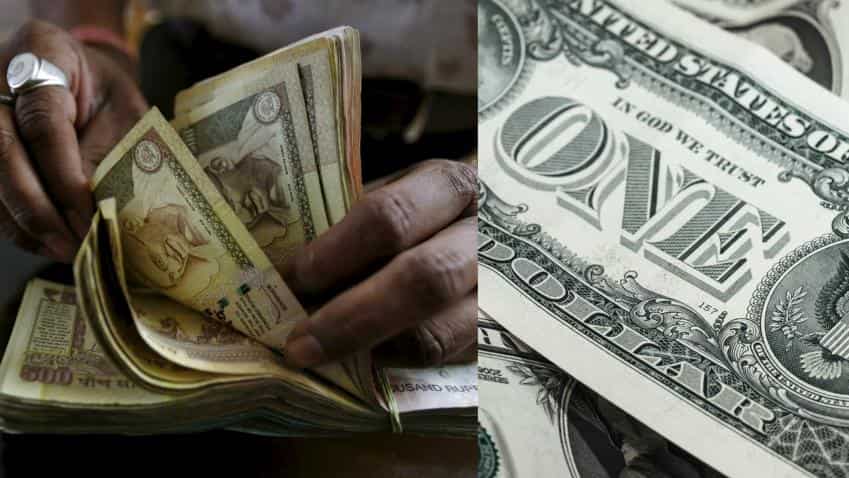 From November 8 to November 18, the currencies of 17 countries depreciated against the dollar. Photo: Reuters/Pixabay

Donald Trump's winning the US Presidential elections was a surprise for the whole world. On currency part, it was expected that dollar will depreciate with Republican Party victory. But, the situation has turned opposite, a report said.

According to a Care Ratings report, dollar has been strengthening relentlessly since then and currencies of 17 countries have been weakening against the dollar.

In domestic front, when Trump was declared as the new US President, Indian Rupee had appreciated nearly 0.3% at 66.39 vs dollar. On November 8, when election results were announced, Rupee had begun the day with weakness against the dollar as it was trading at 66.86.

As per the report, from October 28 to November 8, Rupee appreciated by 0.61% against dollar. Rupee was among the 11 currencies that has witnessed a surge against the dollar, indicating the strong sentiment in the market prior to the results being announced.

However, post the results, from November 8 to November 18, the currencies of 17 countries depreciated against the dollar, Rupee witnessing the median change at 2.64%, the report said.

While the blame of decline in Rupee could be put on Prime Minister Narendra Modi as it was on the same day when the results were announced, the government had declared ban on high denomination of currency in India.

But, the situation is different. Even before the government's move, the foreign institutional investors (FIIs) had pulled over Rs 12,200 crore worth of holdings from the Indian stock markets in just two weeks of October after pumping in Rs 20,232 crore in September.

According to depositors' data, net withdrawal by FPIs stood at Rs 6,000 crore from the debt markets in October, while it pulled out a net sum of Rs 4,306 crore from the equities during the period under review, translating into total outflow of Rs 10,306 crore.

On global front, the highest currency depreciation was witnessed in the two Latin American countries considered (Brazil and Mexico), Turkey, South Africa, Malaysia besides the Euro and Japan. The relatively better performing currencies were Hong Kong, UK, Canada and China.

Mradul Mishra, Analyst, Care Ratings, said, "Investors presently have no clear idea of the extent that Trump could actually implement his proposals, which include putting tariffs on goods from major trading partners such as China and Mexico, and going ahead with heavy tax cuts that would widen the US fiscal deficit. Hence, one cannot be too sure about the future track of the dollar".

Rupee vs Dollar today: Indian currency falls 13 paise to 81.43 against $

Rupee vs Dollar today: Indian currency rises by 10 paise against $