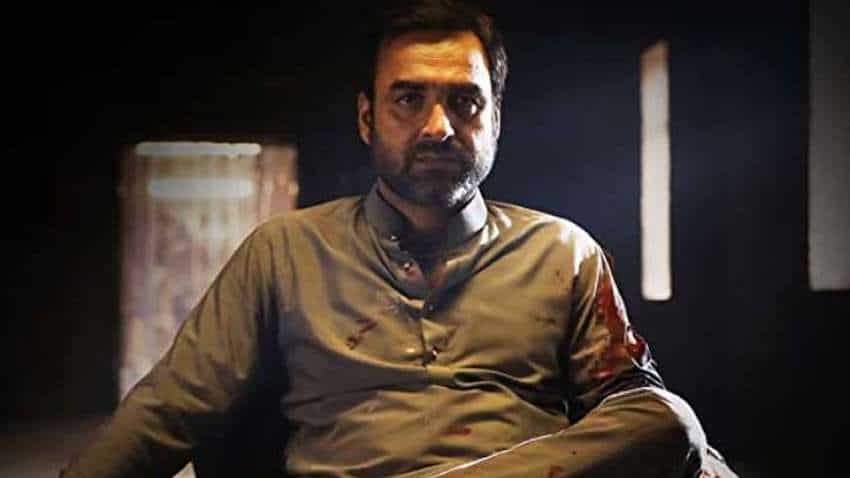 "Never took any inspiration from anyone in real-life." DNA file photo.
Written By: ZeeBiz WebTeam
Edited By: Harish Dugh

Riding on the massive success, Pankaj Tripathi aka Kaleen Bhaiya of Mirzapur 2 spoke to DNA on the recent success of the sequel of the highly-acclaimed series, Bollywood and much more.

"We always knew we were working on a good script with a great storyline but didn't know that Mirzapur will become so popular among the masses and will be liked by so many that it will become a 'cult'," said Pankaj Tripathi in an exclusive interview with DNA on being asked about 'Mirzapur' being one of the biggest series on OTT right now.

Never took any inspiration from anyone in real-life

Opening about Akhandanad Tripathi aka Kaleen Bhaiya and revealing that he never took inspiration from any real-life character to play the particular role, adding he solely relied on what the writer's vision, Pankaj said, "I essayed the role completely on the basis on the script that was given to me. Never took any inspiration from anyone in real-life." He, however, added that like Kaleen Bhaiya, in real-life, he himself is a very soft-spoken person.

Achievement for me that audience liked Kaleen Bhaiya

When asked about his reaction to Kaleen Bhaiya becoming one of the greatest villains of all time and being compared to the likes of iconic characters such as Mogambo (Amrish Puri) and Shakaal (Kulbhushan Kharbanda), Pankaj said, "I feel humbled. It is an achievement for me that the audiences liked Kaleen Bhaiya and are comparing him to legendary, iconic characters. It's an honour and I will make an effort to do even better every time I come on-screen or play a character."

On Mirzapur MP's demand for action against web series 'Mirzapur'

Reacting to Mirzapur MP Anupriya Patel's demand for action against the web series for portraying the city in a bad light, Pankaj told DNA, "There is a disclaimer that comes before every episode which reads that Mirzapur is a fictional story and does not have any relation to an individual and/or place. I am an actor and I wouldn't have much to say on this beyond what I have stated."

"Having said that, I would like to add that in 'Mirzapur' series, if there are criminals, there's also a hero by the name Ramakanth Pandit (Rajesh Telang), who wants to do good for the city," he added.