Diesel price and good news? Miracle? Check how this rate hike may not impact you as badly as expected

Prices of diesel, an important component of cost in most products and services, are inching towards a record high of Rs 80 per litre but surprisingly consumer price index (CPI) inflation till now has remained under control. Experts are attributing this logic-defying phenomenon to lower  weightage  of diesel in the overall CPI basket. 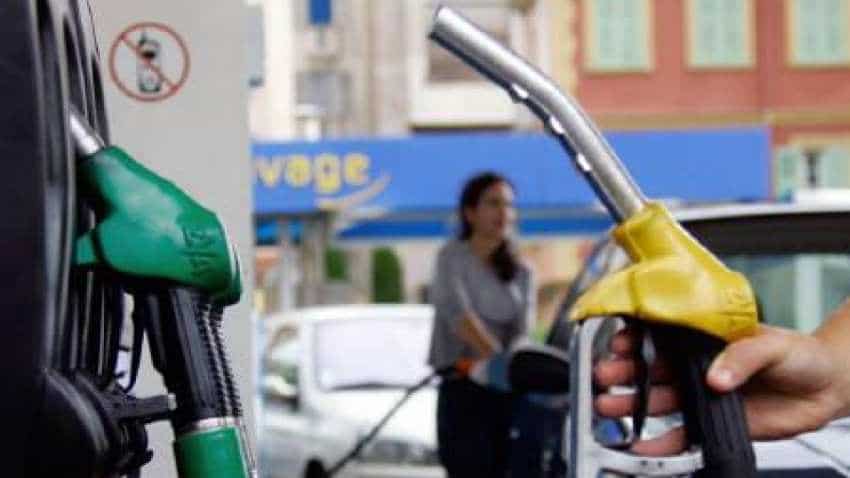 Prices of diesel, an important component of cost in most products and services, are inching towards a record high of Rs 80 per litre. Image source: Reuters
Written By: Praveena Sharma
RELATED NEWS

Prices of diesel, an important component of cost in most products and services, are inching towards a record high of Rs 80 per litre but surprisingly consumer price index (CPI) inflation till now has remained under control. Experts are attributing this logic-defying phenomenon to lower weightage of diesel in the overall CPI basket, lower dependence on it by agriculturists due to electrification of villages, food prices remaining mostly at low levels, inability of diesel price rise to become “generalised”, etc.

Rishi Shah, economist, Centre for Digital Economy and Policy, told DNA Money that even though manufacturers were paying higher prices to transporters due to a spike in diesel prices over the last one year, it was not reflecting in the CPI inflation.

“I am not aware of what is happening in the mandi (agricultural produce market) but I know for a fact that manufacturers have had to pay higher prices to transport their goods. However, up till the last print, the prices of food, in general, were all coming down. They have not seen major impact (diesel) price hike. And within the CPI basket, the fuel part comes in the miscellaneous category, which has gone up because rates at the pump have moved up but until now we are not really seeing any generalised inflationary environment develop,” said Shah.

The latest retail inflation number released by the government show CPI inflation in August rose 3.69% from a year before, down from 4.17% in July. It was the first time in 10 months that it had come below the Reserve Bank of India’s (RBI) target of 4%.

The Consumer Price Index for Industrial Workers CPI-IW) for the month, published by the government on Monday, also rose to 5.61%, up from 2.52% in the same month last year but stagnant on a sequential basis. This was mainly due to rise in prices of food items and petroleum products. Despite food inflation coming at -0.32% in August compared to 1.61% in the corresponding period a year-ago, maximum pressure in current index came from miscellaneous and food groups contributing 0.25 and 0.07 percentage points respectively to it.

According to Shah, diesel is part of miscellaneous items, which has a weightage of 27.26% for rural, 29.53% for urban and 28.32% for combined, respectively. And within miscellaneous, it is measured under the head of transport and communication, which constitutes 8.59% of the total CPI basket. Further, diesel accounts for a minuscule 0.5% of the transport and communication, slightly lower than petrol at 1.5%.

The Centre for Digital Economy and Policy economists said if the government takes steps to pin down the effect of diesel price hikes on food prices then the inflation can be reined in.

“A lot of transportation of perishable (farm produce) happens via road transport, essentially trucks. Truckers, in general, have raised the prices of transportation quite a bit. This should translate into food price rise. The important part is that what kind of steps does the government take to ensure that it doesn’t, in turn, manifests itself into the generalised inflationary environment,” said Shah.

A close look at the food inflation shows that over the last few months it has risen below 3%. In August, it slowed to 0.29% from a year ago. It was down from 1.37% in July. Food inflation has consistently slackened since the beginning of this year, from 4.7% in January to 3.26% in February. It continued slowing in March by 2.81%, firmed up by 3.1% in May but slowed again by 2.91% in June.

Interestingly, the government has been keeping abnormal spurt in food prices in check through “supply management measures”.

The RBI’s annual report for 2017-18 reveals how the government was able to successfully pin down a 159% rise in onion prices last fiscal through this means.

“Inflation in prices of onions was another shock to food prices during 2017-18. From (-) 14% in April 2017, onion price inflation rose to 159% in December. Again, while the unfavourable weather was a factor, large procurement of onions by a few state governments was the other principal driver. Post-December 2017, onion prices plunged with the arrival of fresh winter crops, supported by supply management measures by the government,” the central bank report said.

Any rise in food inflation due to diesel price hike can be checked through supply management measures.

As per the apex bank, the fuel group, which has a 6.8% weight in the CPI, contributed 11.3% to headline inflation last fiscal, up from 4.8% a year ago. It said fuel inflation picked up from July 2017 and reached a high of 8.2% in November 2017 from an intra-year low of 4.5% in June 2017, before easing to 5.7% in March. Deepak Mahurkar, partner and leader, oil and gas industry practice, PwC India, also said the “multiplier effect” of diesel price on inflation has not been playing out as in the past.