This photo by IANS shows fake Rs 500, Rs 2000 and other currency notes that have been confiscated by police. You should log-in to RBI's official website Paisa Bolta Hai to ensure that no one passes such fake notes on to you. 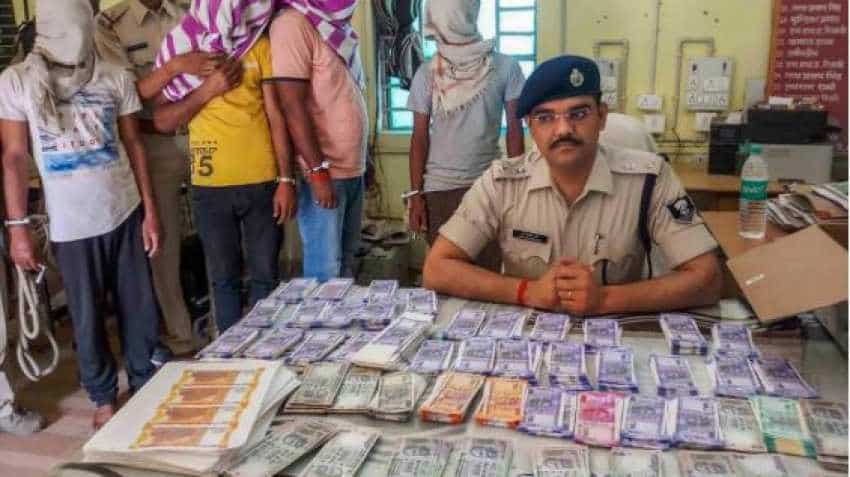 India's currency notes have undergone a transformation. There are new currency notes across various denominations including Rs 10, Rs 50, Rs 100, Rs 200, Rs 500 and Rs 2000. Those unfamiliar with them can get into trouble easily. So, you should make sure you do not fall prey too. The Fake Indian Currency Note (FICN) — an official term that the Indian government uses for the illegal tenders being circulating into the markets — is one of the major problems that Indian government has been taking seriously, especially after demonetisation. As per the study conducted by the National Investigation Agency (NIA) and the Indian Statistical Institute (ISI), fake Indian currency circulating in the market is to the tune of Rs 400 crore or $4 billion, which is alarming.

Ironically, these FICNs are getting dispensed even by bank ATMs (Automated Teller Machines), which means bankers too are sometimes unable to classify which tender is legal and which tender is illegal. People have been found complaining that earlier it was easier for them to find out the legality of the notes. But, in new circumstances, they are not familiar with the new notes and hence they can't say whether the Indian currency they are holding is fake or legal.

So, it becomes important for them to know about the FICNs and ways that may help the public how to find fake Indian note. The RBI has made public about some information on its official website (Paisa Bolta Hai) that helps find out fake Indian currency. As per the RBI guidelines, there are various signs that help spot currency is fake. Such signs include:

1] Thick watermark. Fraudsters generally use wax, grease or oil to give the verisimilitude picture or translucent feel.

2] Imitating the silver security threads drawn or printed notes, rather incorporating through the Indian notes at the time of print.

4] Break in printed lines and smudges in inks used in verisimilitude Indian currency.

5] In fake Indian currency, letters used for the "Reserve Bank of India" would be slightly thicker than the original one.

However, as per the RBI website Paisa bolta hai, it's better to familiarise with the legal Indian currency than to remember the above-mentioned mistakes that fraudsters usually commit while printing fake Indian currency.