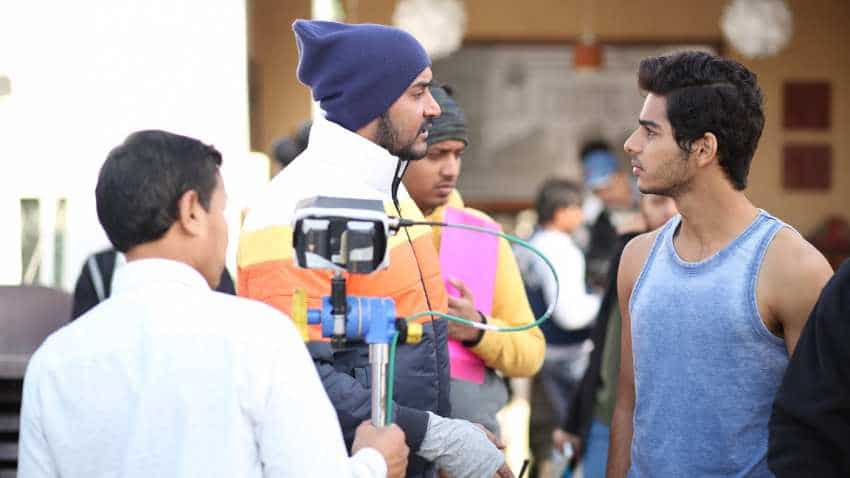 Dhadak box office collection day 5: The Janhvi Kapoor and Ishaan Khatter starrer has grabbed headlines for the past couple of weeks. This Bollywood movie, directed by Shashank Khaitan, released across 2235 screens in India, has hit the screens on this Friday. Although the film is an official remake of the Marathi hit Sairat, it has been well received by critics as well as audience. This has powered Dhadak collection to Rs 43.95 cr till date.

The movie is the debut of Janhvi Kapoor, the daughter of the late actress Sridevi. Her father Boney Kapoor is a filmmaker of repute. Ishaan Khatter, the half-brother of Bollywood star Shahid Kapoor, has also left his impression on the movie watchers' mind. The film producer Karan Johar too has made his efforts to get the best out of debutants.

Dhadak collection is expected to continue doing well for the rest of the week, but will hit a big hurdle on Friday in the form of new releases, especially Sanjay Dutt starrer Saheb Biwi Aur Gangster 3. Also, Ranbir Kapoor starrer Sanju has been doing well and has hurt the collection of Dhadak. Sanju collection has soared to a whopping Rs 333.73 cr.