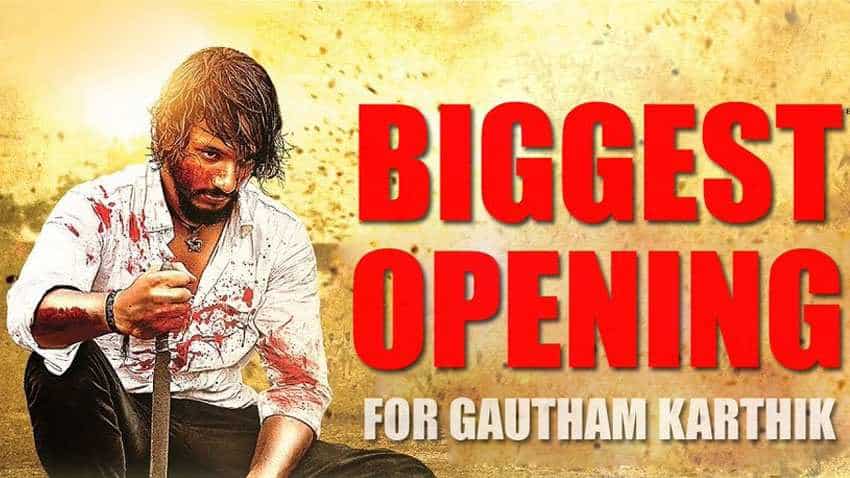 Devarattam Box Office Collection: Tamil action drama Devarattam has collected Rs 6.5 crores in its opening weekend in Tamil Nadu box office. With Devarattam, Tamil actor Gautham Karthik has registered his biggest ever opening. The developments have been confirmed by entertainment industry tracker Ramesh Bala. He tweeted, "With Devarattam, @Gautham_Karthik registers his biggest ever opening! The family entertainer has grossed 6.5cr in its opening weekend in TN Box office! Sure to have its dream run in the 2nd week too! #DevarattamMassHit @dir_muthaiya @StudioGreen2 @SF2_official @mohan_manjima." 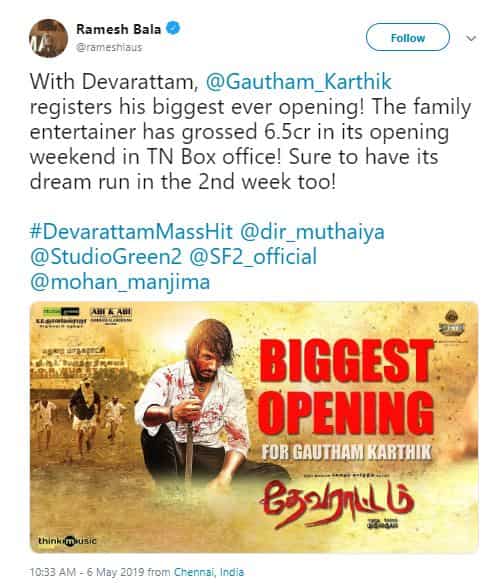 "A lawyer ends up killing the son of a gangster and the latter swears revenge," according to a description given on IMDb.

Earlier, Tamil horror-comedy Kanchana 3 had struck gold at the box office with a first week worldwide gross of over Rs. 100 crore. Released in Tamil and Telugu simultaneously, the film registered the biggest opening in Kanchana franchise. The film also stars Raghava Lawrence, Vedhika, Oviya, Nikki Tamboli, Kovai Sarla, Divyadarshini and Sriman. Meanwhile, Lawrence is gearing up for his Bollywood debut. Kanchana 2 is all set to be remade in Hindi with Akshay Kumar.