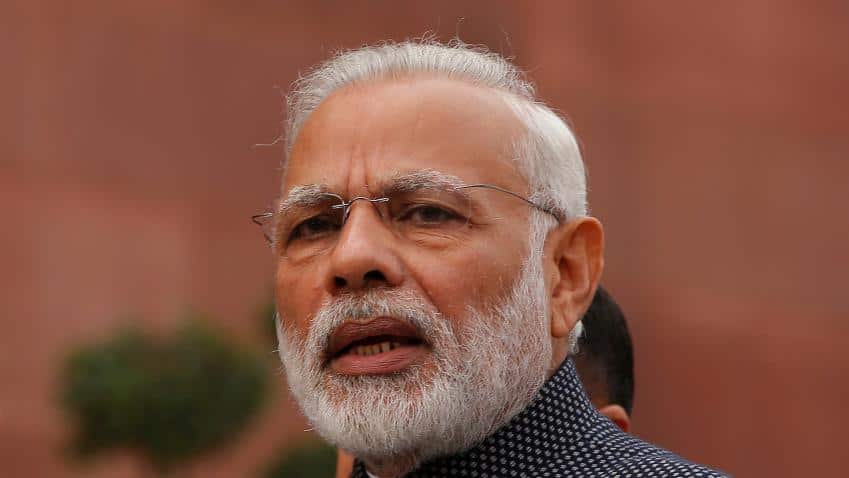 `With our step on currency notes we have been successful in weakening the hands of terrorists and those in fake currency rackets,` Prime Minister Narendra Modi said. Image Source: Reuters
Written By: IANS
RELATED NEWS

Prime Minister Narendra Modi said on Saturday that the decision to ban old Rs 500 and 1,000 notes was taken to strengthen the hands of the nation`s poor.

Addressing a farmers` rally in Deesa town of Banaskantha district, Modi said the `honest have been looted` for 70 years and that he stood with the poor of the country.

`We took the decision on currency notes to strengthen the hands of the poor of the nation,` said Modi.

He said that his fight was against terrorism and the menace gets power from fake currencies.

`With our step on currency notes we have been successful in weakening the hands of terrorists and those in fake currency rackets,` he said.

Defending his decision of demonetisation, Modi said, `Who is unhappy with corruption? Not those perpetrating corruption... it is the poor, the common citizens who are unhappy.`

Modi said the `honest citizens of this country` have supported his move.