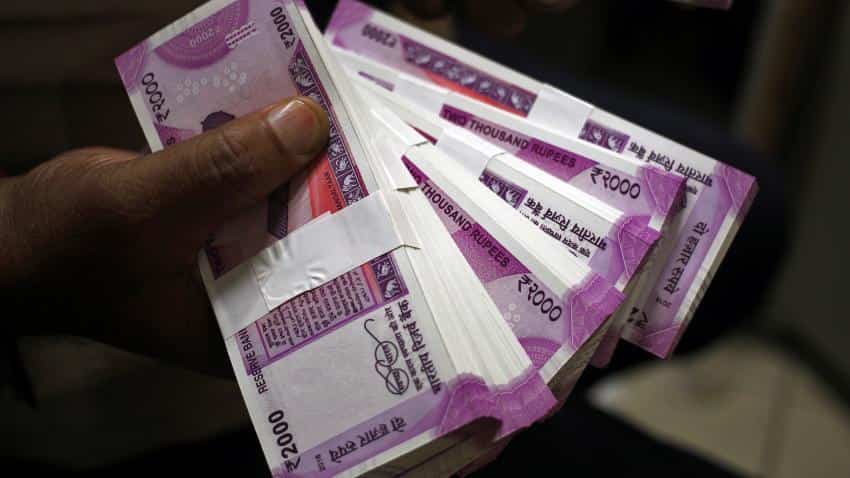 According to Reserve Bank of India's (RBI) note sent to Standing Committe of Finance dated December 22, 2016, the government was in the preparation of introduction of new series notes since October 2014. Image Source: Reuters
Written By: Tejal Yerunkar
RELATED NEWS

40% of all notes must go to rural areas, RBI tells banks

97% of demonetised notes are back? RBI says don't know yet

The Government of India's recent demonetisation decision, which grabbed news headlines across media resulting in cash crunch and chaos across the country last year, was in the making since 2014.

In a surprise move to curb black money, terrorism and corruption, prime minister Narendra Modi on November 8 announced to scrap old currency notes of Rs 500 and Rs 1,000 as legal tender from circulation resulting in people standing in long queues outside bank branches and ATMs for hours to withdraw money.

According to Reserve Bank of India's (RBI) note sent to Standing Committe of Finance dated December 22, 2016, the government was in the preparation of introduction of new series notes since October 2014.

The central bank in a note said that there were reports by intelligence and enforcement agencies that availability of high denomination banknotes made it easier for black money hoarders and counterfeited notes in high denominations were being used for terrorist financing.

The government and Reserve Bank felt that the introduction of new series of notes could provide a very rare and profound opportunity to tackle all the three problems of counterfeiting, terrorist financing and black money by demonetising the banknotes in high denominations of Rs 500 and Rs 1,000 or by withdrawing legal tender status of such banknotes.

However, initially there was not any firm decision whether to demonetise high value denomination notes or not, but preparations still went on for introduction of new series notes.

After considering the Reserve Bank's suggestion and recommendations on new series of bank notes, the government gave final approval to the bank on June 7, 2016 and and accordingly, the presses were advised in June 2016 to initiate production of new series notes of Rs 2,000 and ensured that they print adequate quantities of new notes in order to issue them simultaneously across the country.

According to the RBI's note, it was decided that when the stock of new notes being printed reached a critical minimum then the decision to withdraw the legal tender could be made.

ALSO READ: 97% of demonetised notes are back? RBI says don't know yet

"The government on November 7, 2016, advised the Reserve Bank that to mitigate the triple problems of counterfeiting, terrorist financing and black money, the Central Board of the Reserve Bank may consider withdrawal of the legal tender status of the notes in high denominations of Rs 500 and Rs 1,000," cited the note.

"They also observed that in the last five years, there has been an increase in the circulation of Rs 500 and Rs 1,000 notes with an increasing incidence of counterfeiting of these notes," it said.

With response to reports on black money and usage of fake Indian currency notes in financing for terrorism, the Government of India advised the central bank to take matters before its directors on an immediate basis.

The Central Board of RBI met the government in the first week of November and after deliberation took the decision to demonetise Rs 500 and Rs 1,000 notes as legal tender.

To avoid any inconvenience to people, it ensured that the central bank had adequate quantity of Rs 2,000 notes in order to issue to people after scrapping of high denomination notes on November 8.

40% of all notes must go to rural areas, RBI tells banks

97% of demonetised notes are back? RBI says don't know yet