Demonetisation anniversary: While we continue to celebrate the festive season across India, yesterday was Diwali itself, it should be remembered that today is the day when demonetisation was announced, which undoubtedly left everyone thunderstruck and dealt a massive blow to your bank ATM card, cash in hand and a whole 86% of the country's currency chest. 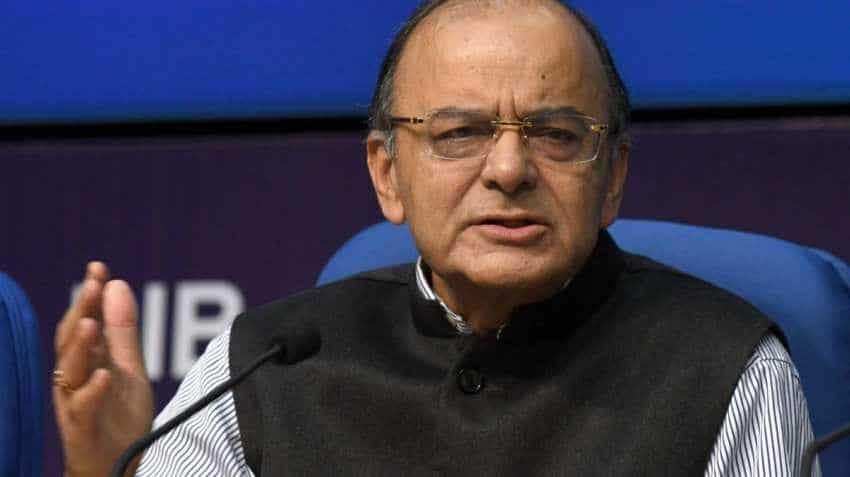 PM Modi led government on other hand, has remained steadfast and boldly declared that notebandi was for a greater good in long term when it comes to curbing black money and powering a digital financial revolution in India. Image source: IANS

Demonetisation anniversary: While we continue to celebrate the festive season across India, yesterday was Diwali itself, it should be remembered that today is the day when demonetisation was announced, which undoubtedly left everyone thunderstruck and dealt a massive blow to their bank ATM cards, cash in hand and made 86% of the country's currency chest disappear in an instant. This day was a horror for not only citizens but also for industries across sectors, as queues at bank doors were massive, and firms went on to record negative earnings due to cash crunch. Not only that, demonetisation was blamed for even taking India's GDP growth down to a three-year low at 5.7% by the Opposition.

Prime Minister Narendra Modi led government on other hand, has remained steadfast and boldly declared that notebandi was for the greater good of the nation in the long term especially when it comes to curbing black money and powering a digital financial revolution in India.

Today, as the Modi government celebrates the second anniversary of Demonetisation, Finance Minister Arun Jaitley has written a blog over the impact of scrapping the high denomination note Rs 500 and Rs 1000 and its achievements. Here is  full text of Arun Jaitley Facebook blog:

Demonetisation is a key step in a chain of important decisions taken by the Government to formalise the economy.

The Government first targeted the black money outside India. Asset holders were asked to bring this money back on payment of penal tax. Those who failed to do so are being prosecuted under the Black Money Act. Details of all accounts and assets abroad which have reached the Government, resulted in action against the violators.

Technology has been used for both Direct and indirect taxes to facilitate filing of returns and expanding the tax base.

Financial inclusion was another important step to ensure that even weaker sections became part of the formal economy. Jan Dhan Accounts have resulted in most people being connected to the banking system. The Aadhaar Law has ensured that Direct Benefit Transfer of Government support system reached directly into the bank accounts. The GST has further ensured that in the matter of Indirect taxes, the tax procedures become simple. It is now becoming increasingly difficult to evade the tax system.

THE ROLE OF CASH

India was a cash dominated economy. Cash involves anonymity in transactions. It bypasses the banking system and enables its possessors to evade tax. Demonetisation compelled holders of cash to deposit the same in the banks. The enormity of cash deposited and identified with the owner resulted in suspected 17.42 lakh account holders from whom the response has been received online through non-invasive method. The violators faced punitive actions. Larger deposits in banks improved lending capacity for the banks. A lot of this money was diverted to the Mutual Funds for further investments. It became a part of the formal system.

An ill-informed criticism of the Demonetisation is that almost the entire cash money got deposited in the banks. Confiscation of currency was not an objective of Demonetisation. Getting it into the formal economy and making the holders pay tax was the broader objective. The system required to be shaken in order to make India move from cash to digital transactions. This would obviously have an impact on higher tax revenue and a higher tax base.

The RUPAY Card is used both at the Point of Sale (PoS) and for e-commerce. Its transactions have increased from Rs. 8 billion before Demonetisation to Rs. 57.3 billion in September, 2018 for PoS and from Rs. 3 billion to Rs. 27 billion in e-commerce.

Today Visa and Mastercard are losing market share in India to indigenously developed payment system of UPI and RUPAY Card whose share have reached 65% of the payments done through debit and credit cards.

Demonetisation and implementation of the GST curbed cash transactions in a big way. An increase in the digital transactions is visible. This formalisation of the economy has led to the tax payer base increase from 6.4 million in the pre-GST regime to 12 million tax payers in the post-GST regime. The actual consumption of goods and services being recorded as a part of the tax net has now increased. This has given a buoyancy to the indirect tax growth in the economy. This has benefited both the Centre and the States.  Every State, post GST, is getting a mandatory 14% increase in the taxation each year. The fact that assessees have to now declare their business turnover not only impacts the indirect tax calculations, but also ensures that income tax arising out of them is disclosed in the tax assessments. In 2014-15, the indirect tax to GDP ratio was 4.4%. Post-GST it has climbed up by at least 1 percentage point to 5.4%.

Despite an annual income tax relief of Rs. 97,000 Crore given to the smaller tax payers and a Rs. 80,000 Crore relief given to the GST assesses, tax collections have gone up. Rates of taxes, both direct and indirect have been reduced, but tax collections have gone up. The tax base has been expanded. GST rates on 334 commodities which were paying an effective 31% tax pre-GST have witnessed a tax reduction.

Government has used these resources for better infrastructure creation, social sector and Rural India. How else could we visualise villages being connected by Road, electricity in every home, 92% coverage for rural sanitation, a successful Awas Yojana, a cooking gas connection in  8 crore poor homes. Ten crore families are covered under Ayushman Bharat, Rs. 1,62,000 Crore is being spent on subsidised food, 50% increase in MSP for farmers and a successful Crop Insurance Scheme. It is the formalisation of the  economy which has led to 13 crore entrepreneurs getting Mudra Loans. The Seventh Pay Commission was implemented within weeks and the OROP was finally implemented.

More formalisation, more revenue, more resources for the poor, better Infrastructure, and a better quality of life for our citizens.