The Delhi University will effect a 10 per cent increase in seats for economically weaker sections from the coming academic session, officials said Wednesday. 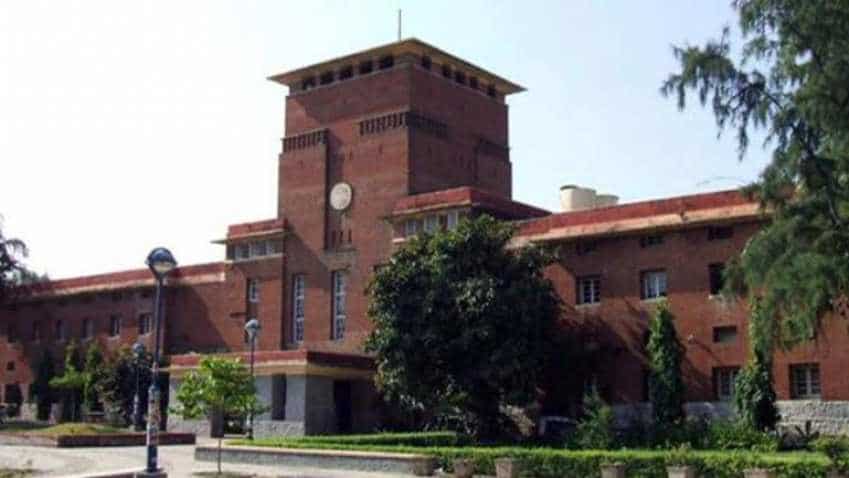 The Delhi University will effect a 10 per cent increase in seats for economically weaker sections from the coming academic session. Image source: PTI

The Delhi University will effect a 10 per cent increase in seats for economically weaker sections from the coming academic session, officials said Wednesday.

The Human Resource Development Ministry has said it will implement 10 per cent reservation for economically weaker sections from the general category from the 2019 academic session and has directed to increase around 25 per cent seats in higher educational institutions and universities across the country.

In the admissions committee meeting held Wednesday, it was decided that the varsity will be effecting the increase in two phases - 10 per cent in the first year and the remaining 15 per cent in the next year.
A committee will be formed to work out the modalities as to how the seats will be increased, sources said.

However, they said that for now there would not be much infrastructural changes and the newly admitted students will be accommodated in the existing classrooms.

The varsity will also develop a mechanism to avoid duplication of the registration data and there will be centralised admissions under the CW (Children/widow of Armed forces) category, officials said.

The DU will try to complete the admissions before the commencement of the session. The varsity will upload video on its website about how to fill in the admission form and filled in dummy forms will also be available on the website.

The university will start a special drive for admissions for the students from the North East states, officials said, adding the varsity will make its 'Bulletin of Information' in both Hindi and English.

The Jawaharlal Nehru University administration last week said it would effect a 25 per cent increase in seats in the academic session 2019-20.