Delhi Metro Lajpat Nagar to Mayur Vihar-I: The opening date for this route of Delhi Metro's Pink Line has been extended. 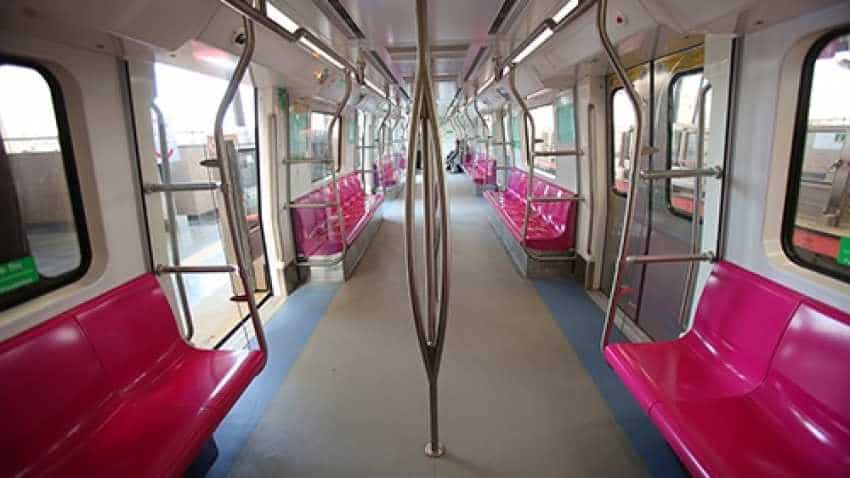 Delhi Metro Rail Corporation officials have said that various trials on the 9.7 km long stretch are still going on. The trials had started last month.

The trials are conducted only after the passenger services closes for the day as both Lajpat Nagar and Mayur Vihar-I stations are operational on Pink Line and Blue line respectively. Moreover, the ongoing operations are suspended every night once the last train at Lajpat Nagar makes its trip, and pressed into services the next day in the morning.

“Started around a month ago, these challenges have caused the delay in the completion of trials and they are now expected to be completed by end of November or beginning of December,” Delhi Metro officials were quoted as saying in the report.

After the completion of the trials, the metro route would be inspected by the commissioner of metro railway safety (CMRS). The section would be opened for commercial services only after the clearance from the CMRS.

While Lajpat Nagar-Mayur Vihar-I section of Delhi Metro Pink Line would likely begin operations by the year-end, another section of Pink Line, the 17.8 km long Shiv Vihar-Trilokpuri section is expected to complete its trial run by this month. The commercial operations on this section are expected to start by November-end, officials say.

The Mayur Vihar-I metro station will become an interchange station, connecting the Pink Line with the Blue Line. It will become a big Metro hub in East Delhi, providing connectivity to South Delhi and easing travel to East Delhi areas such as Laxmi Nagar, Anand Vihar and Vaishali in Ghaziabad via the Blue Line.